Reliance Jio is back at it again, teasing something new for its users via its social media channels. The brand is promoting a product called Jio Juice on Twitter, but isn’t revealing what exactly it is.

One tweet talks about a person’s digital life never getting interrupted again, while another features a GIF of a rapidly draining battery. Given the fact that the word ‘Beta’ is written next to Jio Juice, the product is likely an app. Odds are it’s some kind of battery saving application.

We’ll find out more details soon enough, as Reliance Jio say it’s coming soon. Meanwhile, scores of users are trying to get an answer to the question of what will happen once the company’s Jio Prime membership expires on March 31. 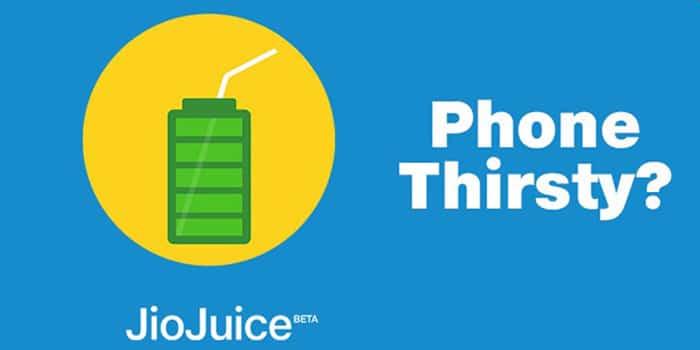 To recap, Jio Prime was unveiled in February 2017 as the brand transitioned from its free services to a paid model. Customers who paid Rs 99 for the whole year got exclusive benefits and discounts which weren’t available to non-Prime users. However, the firm hasn’t said whether the scheme is going to get extended into the next financial year as well.

Reliance Jio will probably make a big announcement within the next few days to tell its subscribers about its plans. Who knows, maybe the Jio Juice app has something to do with its blueprint. In any case, it would be best not to buy a Jio Prime membership now that it only has a day or so left to exist.