Two images of the Nokia 2 recently got leaked via Twitter by the usually reliable tipster Evan Blass. The handset is expected to be the company’s cheapest smartphone yet, as can be guessed by its low numeral.

If accurate, the press render below will be the first proper look at the Nokia 2. The handset is probably going to be sold in classic black and white options based on the photos, with one featuring a black front and white rear and the other a white front and black rear.

One factor which immediately comes to attention are the huge bezels on the Nokia offering. This likely can’t be helped considering its entry-level status. There’s no home button or fingerprint scanner in sight. It seems the phone will be relying on digital navigation buttons to move around, further eating into the available display real estate. 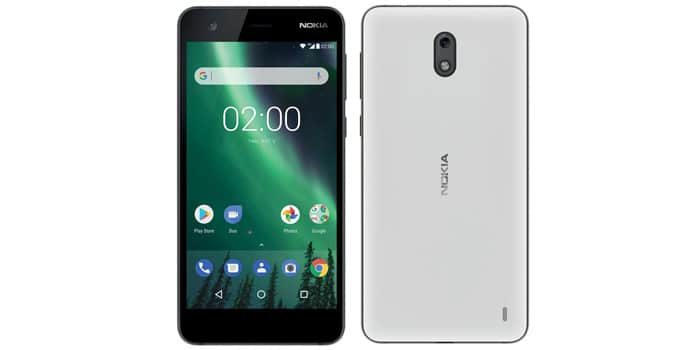 Leakster Roland Quandt recently tweeted about the Nokia 2 as well. He dug into a recent FCC listing of the TA-1029, the rumored codename for the handset, and discovered that the device depended on a 4000mAh battery to supply energy.

4000mAh is a lot more than the Nokia 3’s 2630mAh, the Nokia 5 and Nokia 6’s 3000mAh, the Nokia 8’s 3090mAh battery. Taking into consideration the undemanding Snapdragon 210 processor expected to run inside it, the handset should last for hours at a time.

Nokia hasn’t offered any hints as to when the Nokia 2 will be arriving yet. The image above features the date October 5 on the screen, so perhaps it’ll make its debut then.