The Nokia 130 (2017) made its way to India last month and is now ready to hit shops across the country. The feature phone comes a few months after the arrival of the nostalgia-ripe Nokia 3310 (2017).

HMD Global has positioned the Nokia 130 (2017) as an even more basic version of the Nokia 3310 (2017). The former is priced at Rs 1599, much lower than the latter’s Rs 3310 cost. It’s easy to see why when glancing over the new handset’s specs. The offering is clearly meant for entry-level users who require a simple phone housed within a tough polycarbonate shell. 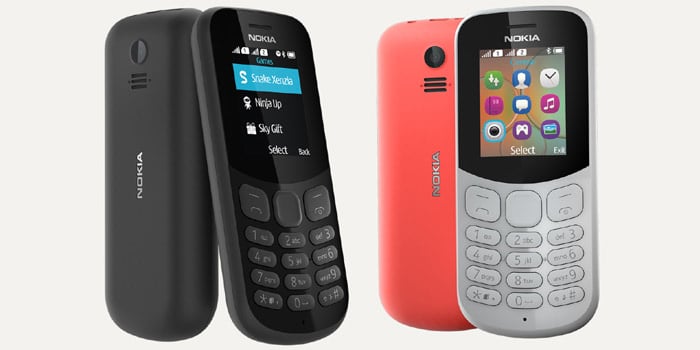 Owners of the Nokia device will be gazing at a 1.8-inch screen which has been fitted with a QQVGA (160 x 120p) resolution. They’ll have 4MB of RAM and 8MB of ROM at their fingertips. The latter is nowhere near enough to store photos and videos, so media-hungry users will have to buy a microSD card to supplement the existing storage.

Also See: Nokia 6 gets sold out in seconds

Like we said above, the Nokia 130 (2017) is now available via physical retailers across India.