Vodafone and Micromax have teamed up together to launched the Bharat 2 Ultra at an effective price of Rs 999. The 4G smartphone will serve as a rival to Airtel and Karbonn’s A40 Indian that goes for Rs 1399, as well as Reliance’s Rs 0 JioPhone.

Like Airtel, Vodafone’s plan depends upon people being willing to stick to monthly recharges for 3 years at a stretch in order to get their money back. Customers will first have to pay Rs 2899 for the Bharat 2 Ultra itself. Then they’ll have to commit to a minimum of Rs 150 in recharges per month for 36 months. These can be done in any combination, so they won’t have to put in Rs 150 in one go.

As per Vodafone’s rules, users will get Rs 900 as cashback after 18 months and Rs 1000 after another 18 months have passed. They’re then free to keep the handset, unlike the Reliance JioPhone. One important thing to note is that the amount will be deposited in a person’s M-Pesa account. 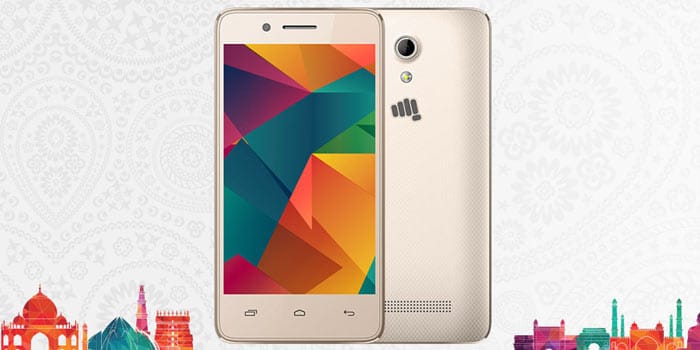 M-Pesa wallets can be used to pay postpaid bills, recharge DTH and prepaid accounts, withdraw cash, and transfer money to a mobile number or bank account. Airtel and Karbonn pretty much follow the same pattern, except that the former gives away Rs 1500 as cashback.

Specifications of the Micromax Bharat 2 Ultra:

Micromax is on something of a partnering roll right now. It had joined hands with BSNL last week to launch the Bharat 1, a 4G feature phone challenger to the JioPhone.