Micromax has partnered with BSNL to launch a new 4G VoLTE-ready feature phone called the Bharat 1, directly competing against Reliance’s JioPhone. Unlike the latter though, the former is not restricting networks to just BSNL and won’t offer a full refund for the handset 3 years down the line.

Instead, buyers will simply pay Rs 2200 for it upfront. The advantage here is the tie-up with BSNL which is offering unlimited voice calls and high-speed data at just Rs 97 per month. Neither company has shared what the terms and conditions of this ‘unlimited’ plan will be as firms typically limit data to a certain threshold per day or per month.

Moreover, BSNL is yet to launch its 4G and VoLTE services in India. A report from August this year had claimed that it was getting ready to launch the former soon and the latter during FY17-FY18. Perhaps it plans to coincide the debut of its network with the Bharat 1. 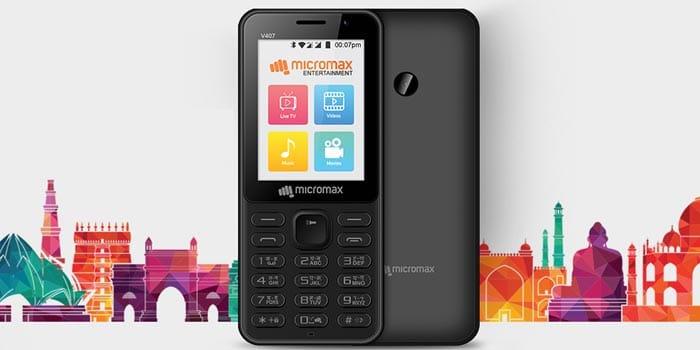 In terms of specs, the dual-SIM Micromax offering offers up a 2.4-inch QVGA screen, a 2000mAh battery, a Snapdragon processor, 512MB of RAM, and 4GB of storage. There’s a 2MP camera at the back and a VGA selfie snapper up front. It supports over 22 local languages and is set to be manufactured in India.

A short summary of the Micromax Bharat 1’s specifications:

The Bharat 1 will hit offline stores on October 20 priced at Rs 2200. Micromax is promising access to 100 live TV channels with the handset, as well as pre-loaded applications such as BSNL’s wallet app and the government’s BHIM UPI payments app.