As expected, Airtel’s launched an affordable 4G smartphone to compete with the Rs 0 Reliance JioPhone that made headlines a few months ago. It’s tied up with Karbonn for the handset and plans to collaborate with other manufacturers in the future.

Airtel’s calling the scheme the ‘Mera Pehla 4G Smartphone’ or ‘My First Smartphone’ initiative, with lofty aims of enabling every Indian to buy a 4G smartphone. The Karbonn A40 Indian has the honor of being the first to be unveiled under the offer. The device was announced back in July this year at Rs 3499.

Under Airtel’s scheme, you’ll have to pay Rs 2899 as a down payment for the Karbonn handset. You’d then have to make at least Rs 3000 worth of recharges for the first 18 months to receive a Rs 500 cashback, followed up by another Rs 3000 spread over 18 months to get Rs 1000 as cashback. 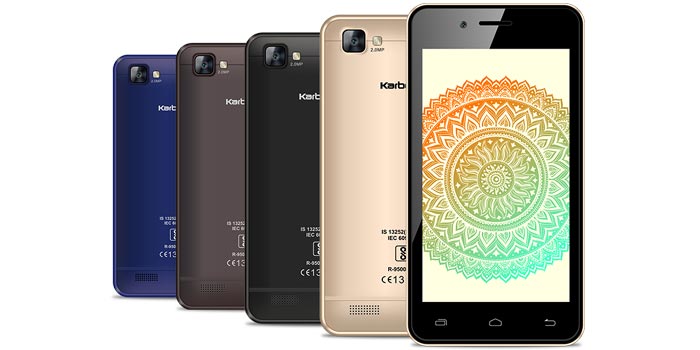 You’ll thus get Rs 1500 back and render the effective price of the A40 Indian to be Rs 1399. However, the cashback will be deposited in your Airtel Payments Bank account. Plus, a 3-year commitment is a lot to ask, not to mention the minimum Rs 6000 to be spent during that time.

Specifications of the Karbonn A40 India:

Airtel’s trying to make things simpler by outing a new Rs 169 scheme that promises unlimited calling and 0.5GB of 4G data a day for 28 days. After 3 years have passed, you’ll be free to keep the smartphone. This is unlike the Reliance JioPhone where the Rs 1500 deposit is only given back if the handset is returned.