The Nokia 6 (2018), Nokia 7 Plus, and Nokia 8 Sirocco have all made its way to India, arriving in the nation more than a month after making its debut at the MWC 2018. The trio range from budget to high-end prices, offering something for everyone.

One of the key highlights of the Nokia 6 (2018), Nokia 7 Plus, and Nokia 8 Sirocco is that each device is part of the Android One program. This means that the handsets run on a stock version of Android and will receive OS upgrades for at least 2 years.

Starting off with the Nokia 6 (2018), the phone goes for Rs 16999 and is available in a 3GB of RAM and 32GB of ROM option. There’s no word on whether a 4GB/64GB model might be launched later, as had happened with the 2017 version of the smartphone. Offline outlets and the brand’s website will be selling the device starting from April 6. 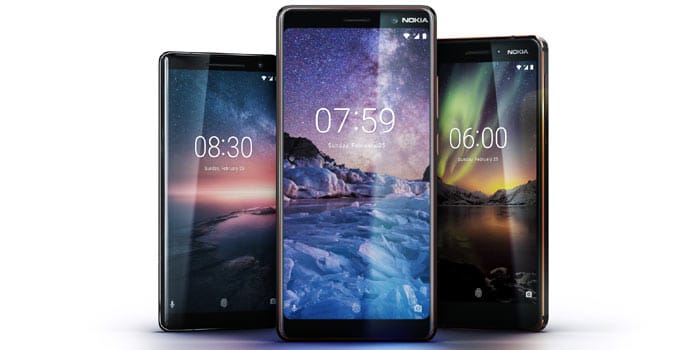 As for the Nokia 7 Plus, the phone is going to vend at Rs 25999 and go up for sale via Amazon India, physical stores, and the company’s site. Pre-bookings begin on April 20 and availability will kick in on April 30.

Nokia 8 Sirocco specifications at a glance:

Finally, the Nokia 8 Sirocco is set to hit offline retailers, Flipkart, and the firm’s eStore at Rs 49999. Pre-orders for the flagship handset are going to start on April 20 and will be followed up by sales on April 30. There are a couple of offers available for all 3 such as a 5% cashback deal from ICICI Bank and a 25% instant discount on domestic hotels through MakeMyTrip.