The Nokia 1 has officially arrived in India as the company’s cheapest smartphone and its first Android Oreo (Go Edition) offering. The latter is the phone’s biggest appeal as it runs a stripped-down version of Google’s OS to accommodate entry-level specs like 1GB of RAM and 8GB of ROM.

While the Nokia 1 is technically the least expensive smartphone HMD Global is offering, it’s still fairly costly at Rs 5499 considering the kind of bare-bones features a user would be getting like a 4.5-inch FWGA screen and 5MP rear camera. There are other options out there like the Xiaomi Redmi 5A which sells at Rs 5999 and offers full Android with better specs. 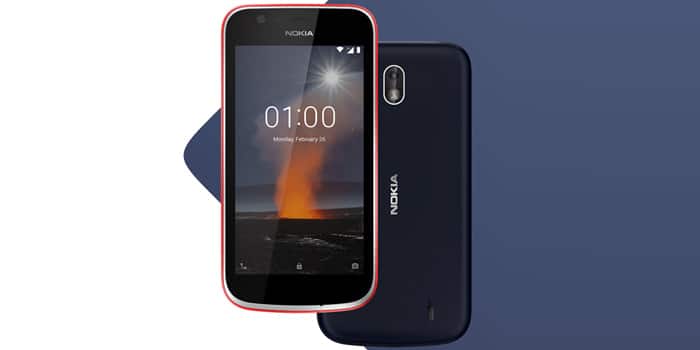 The Nokia 1 might have stood a better chance if it had a feature phone-like cost to attract first-time smartphone users. Android Go is pretty unfamiliar territory for most since it’s very new and hasn’t become widely available yet. We’ll have to wait and see whether the experiment works out for Nokia and Google or if this will be a repeat of the Android One saga.

Nokia 1 specifications at a glance:

The Nokia 1 is set to go up for sale across offline outlets in India on March 28. Xpress-on back covers in pink/yellow and azure/grey will become available in April at Rs 450 each to add a bit of personalization to the handset.