The Nokia 3, Nokia 5, and Nokia 6 have officially landed in India amid great excitement at the return of Nokia smartphones to the country. The nostalgia factor is high with these handsets, but the brand has a few tricks up its sleeve to appeal to consumers outside of that as well.

Chief among them is the promise of an uncluttered Android experience free of bloatware. There’s also the lure of regular updates, with Nokia even guaranteeing a promotion to Android O. Moreover, HMD Global has announced that all its phones will be manufactured in India, adding a local flavor to the new phones.

As for costs, the polycarbonate-based Nokia 3 goes for Rs 9499 and will hit offline stores on June 16. The Nokia 5 is a bit more expensive due to its metal body and superior specs, commanding a Rs 12899 price tag. It’ll go up for pre-booking via physical retailers starting from July 7. 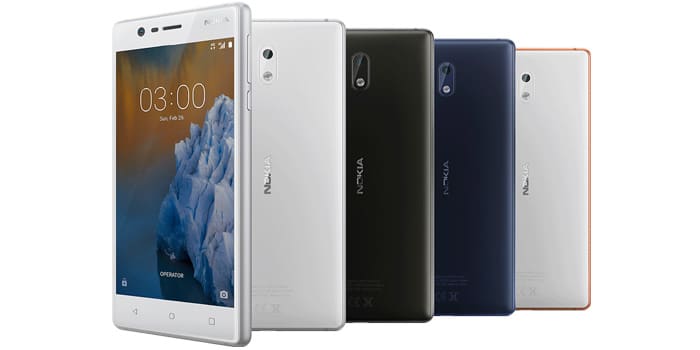 Here’s a short summary of the Nokia 6’s specifications:

Finally, the Nokia 6 is set to be sold online via Amazon India at Rs 14999. No release date has been announced yet, but registrations for its flash sale will open on July 14. Amazon Prime members who buy the device through their Amazon Pay balance are set to receive a Rs 1000 cut.