New Nokia phones are finally coming to India on June 13, with the brand confirming that the event it’s hosting that day will see the launch of its handsets. A fresh report now claims to have some insight into how much the Nokia 3, Nokia 5, and Nokia 6 will cost in the country.

As per a local retailer, the Nokia 3 is set to be priced at Rs 9990, the Nokia 5 at Rs 12990, and the Nokia 6 at Rs 15990. Adding a touch of credibility to the figures is the fact that the smartphone hit the Philippines recently at very similar rates.

Tech blog BSU asserts that the Nokia devices are going to go up for pre-orders immediately on June 13 and begin shipping out to customers about a week later on June 20. Other than the presumed offline availability, the phones may also be sold via online sites like Amazon India and Flipkart. 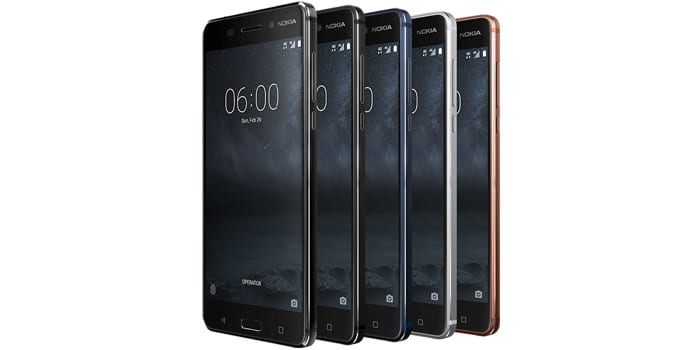 The MWC 2017 additionally saw the debut of the premium Arte Black edition of the Nokia 6. This limited edition iteration sports a glossy body and 4GB/64GB memory storage combo. It’s a bit more expensive as a result of these two factors, setting buyers back by EUR 299 (roughly Rs 21560).