The new Nokia 6 smartphone heralds a comeback from the refreshed brand under the ownership of HMD Global. Unfortunately, this handset has only been announced for China as of now, and there’s no word on when it will be making its way into other markets from around the world.

The Nokia 6 holds a metal body, and has a 2.5D Gorilla Glass sitting above its 5.5-inch 1080p panel. It’s great to know that it runs Android 7.0 Nougat out of the box, although the company’s very own UI is also accompanying it. The phone’s fingerprint scanner is placed on its front, right under its display.

A big highlight of this new Nokia handset is its incorporation of a 16MP main camera. As for selfies, they will be taken care of by an 8MP shooter. An octa core Snapdragon 430 processor powers the device from within, taking assistance from 4GB of RAM. There’s no microSD card slot onboard, but the base storage is set at 64GB. 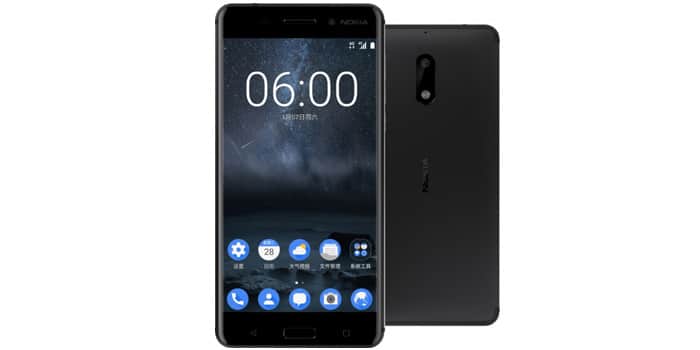 A neat look at the specs of the new Nokia 6:

The Nokia 6 will start being sold in China in the coming weeks exclusively through JD. Its price has been locked down at 1699 CNY, which translates into $245 or around Rs 16700. HMD Global will be launching a number of other Nokia-branded Android smartphones later this year.