Nokia might be getting ready to launch the Nokia 3, 5, and 6 in India on June 13 going by a ‘Save the date’ invite the brand has started sending out to media outlets. The event is set to take place in New Delhi at 12 pm.

Unfortunately, HMD Global, the name behind Nokia’s globe-spanning comeback, has not specified what exactly will get unveiled on June 13. The smart money is on the Nokia 3, 5, and 6 getting announced at the same time, though it’s possible only one will be shown off at the occasion.

There might even be an all-new Nokia smartphone in the offing, but that’s pure speculation at this point of time. Rumors so far have indicated that the Nokia 3, 5, and 6 were due for a June release in India, so the aforementioned date matches up with that timeline quite nicely. 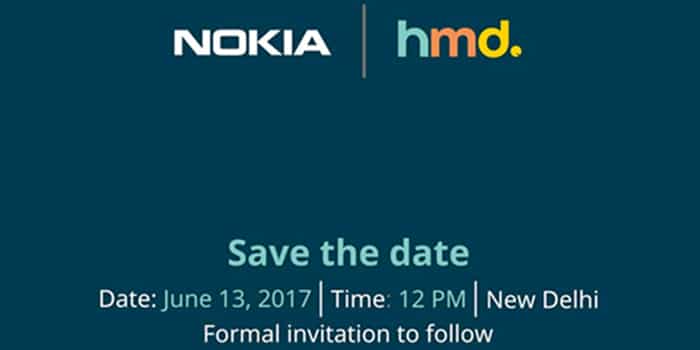 HMD Global might just make the devices a bit cheaper in India in order to make sure the handsets can go toe-to-toe with rivals like Xiaomi and Samsung. It’s already brought the Nokia 3310 (2017) to the country, appealing to fans of the classic feature phone. Its Android-running handsets run a pure version of Nougat, promising a no-frills type of UI.