The Nokia 3310 has officially landed in India, several months after the handset was first announced at the MWC 2017. The handset is all set to hit shelves across the country starting from May 18.

In a clever marketing twist, the Nokia 3310 has been slapped with a Rs 3310 price tag. The feature phone is as basic as you can get, with its highlight aspect being its battery life. The handset’s 1200mAh unit can apparently go on for a month on standby and 22 hours of talk time.

The 2017 edition of the 3310 carries forward several features of the original classic. For instance, there’s a new color version of Snake to play. The UI has been updated as well, featuring the same overall design with a few changes here and there. 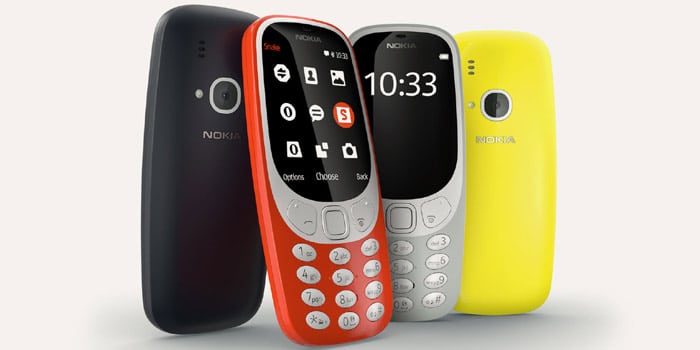 Nokia’s polarized and curved the 2.4-inch non-touch display so that it’s more easily readable in sunlight. A 2MP camera rests on its back, accompanied by an LED flash unit to light up dark environments. Unfortunately, there’s only 16MB of storage inside. This will likely be insufficient for most people, so they’ll have to buy a microSD card separately.

Also See: Nokia 6 is the company’s first ever Android phone

The Nokia 3310 will be sold in red, yellow, grey and blue colors, with the first two in a glossy finish and the latter two in a matte finish. Like we mentioned above, it’ll hit stores on May 18.