Micromax has listed a brand new handset called the Selfie 2 on its website without any price or availability details. The company hasn’t said anything official about the handset yet, but a formal unveiling shouldn’t be too far off in the future.

The Selfie 2 appears to be distinct from Micromax’s previous Canvas Selfie series. Based on the listed specs, the new device will probably target selfie-lovers on a budget. There’s a heavy emphasis on the front-facing shooter, with the brand equipping it with an 8MP resolution, an aperture of f/2.0, a Sony IMX135 sensor, a blue glass IR filter, a 5-piece lens, and HDR support.

Accompanying features include a Real Time Bokeh Effect, Wide-Angle photos, Face Beauty Mode, and One Touch Shot. As for the Selfie 2’s rear snapper, it boasts of a 13MP resolution, an OmniVision OV8856 sensor, an aperture of f/2.0, a field-of-view of 84 degrees, LED flash, and the same 5-piece lens. Skill sets encompass tools like Auto Scene Detection, Panorama, and Super Pixel 5200M. 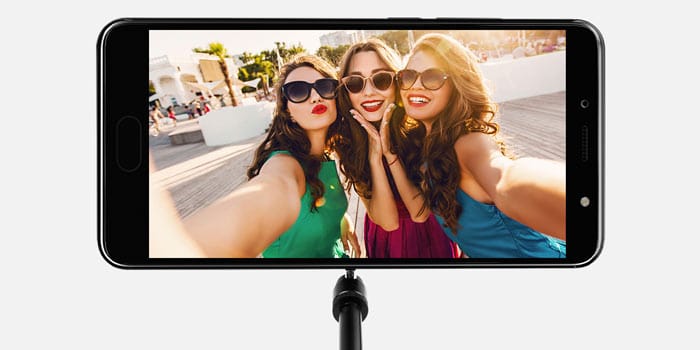 Other than its selfie abilities, the other big highlights of the Micromax phone are its fingerprint scanner and Android 7.0 Nougat OS. It’s not clear whether an upgrade to Android O will be offered in the future, given the fact that the release of the software is right around the corner.

In terms of performance, the Selfie 2 comes with a quad-core 1.3GHz MediaTek MT6737 processor, 32GB of ROM, and 3GB of RAM. Micromax is bundling it with a 100-day replacement warranty in case of hardware failure. We’ll keep you informed as and when the company decides to reveal more details in the coming days.