Home Other Brands Lenovo K8 Note coming out on August 9

Lenovo has officially confirmed that it’s launching the next entry in its Note series on August 9 in India. Somewhat unexpectedly, chances are the handset won’t be called the K7 Note, but the K8 Note.

There’s plenty of evidence in support of this. First off, the tweet announcing the event features the number 8 in shadows. Secondly, Lenovo has been actively teasing the phone all week, asking fans to solve math problems where the answer is always 8.

Lenovo also posted a teaser video earlier this week, but the focus there was on performance. It’s not clear yet why exactly the company has decided to skip the number 7, leaping from the K6 Note directly to the K8 Note. 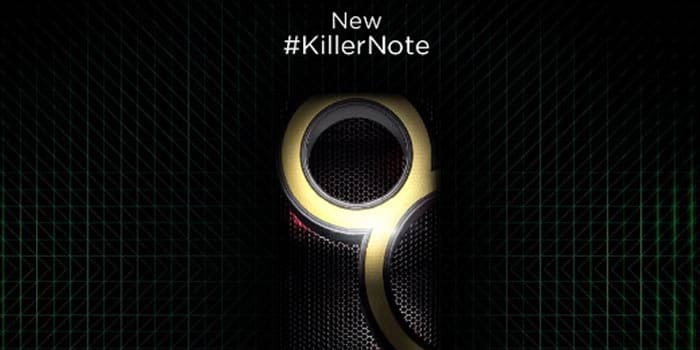 One possible explanation is that the K8 Note features dual cameras and the ‘8’ figure is an easy shorthand to depict this since the 2 circular holes resemble a smartphone’s lenses. Twin snappers are one of the most dominant trends of 2017, with several low and high-end handsets coming equipped with the module to varying degrees of success.

Besides, skipping numbers as a marketing strategy isn’t a new phenomenon in the smartphone business. OnePlus did the same with the OnePlus 5 earlier this year, as did Samsung with last year’s disastrous Galaxy Note 7. The former did so because the number 4 is considered unlucky in China, while the latter wanted to bring the device on par with the Galaxy S7.

As for specs, a recent Geekbench listing revealed that the K8 Note might come packed with a deca-core 1.4GHz MediaTek Helio X20 processor, Android 7.1.1 Nougat, and 4GB of RAM. Stay tuned for more on the handset the moment it goes official on August 9.