The Karbonn Quattro L55 HD has been spotted on the company’s website without any price or availability details. The new handset is the latest addition to the brand’s series of affordable phones.

Going by its specs, the new Karbonn Quattro L55 HD will probably belong in the overcrowded budget market sector. It offers a decent set of specs for the segment. Diving right into them, the phone packs a 2700mAh battery which can apparently last for 130 hours of standby time and 9 hours of talk time. 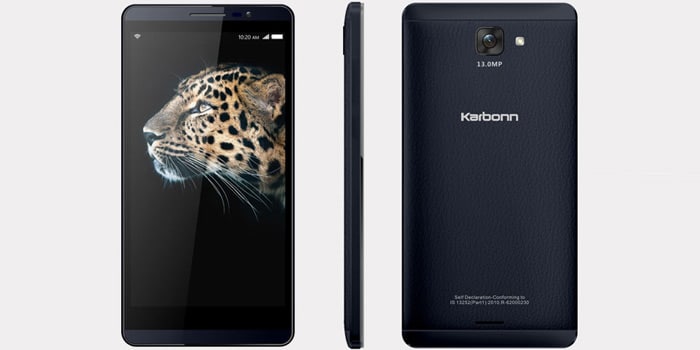 In terms of memory, the Quattro L55 HD contains 16GB of ROM and 2GB of RAM. Users can expand on its storage capacity up to 32GB via a microSD card slot. As for photography hounds, they can shoot photos and videos with the help of a 13MP autofocus camera which comes accompanied by LED flash.

A 5MP front-facing snapper takes care of selfies and video chats. The Karbonn handset gets things done with the help of a 1.3GHz quad-core processor of unknown origin. It further carries a 5.5-inch screen which outputs its visuals in a 720p resolution.

Here’s a quick look at the top specifications of the Karbonn Quattro L55 HD:

We’ll keep you updated the moment more details about the Karbonn Quattro L55 HD are announced.