The Karbonn Aura Power has made its debut in India, with the company aiming to appeal to the growing 4G subscriber base in India. The handset has been slapped with a Rs 5990 price tag and should hit shelves across the country soon.

The Karbonn Aura Power has already popped up on Amazon India at a slightly lower cost of Rs 5479. It joins the increasing ranks of entry-level smartphones which support 4G and VoLTE (voice over LTE) technology. Other than its connectivity capabilities, the handset’s other major highlight is its 4000mAh battery. 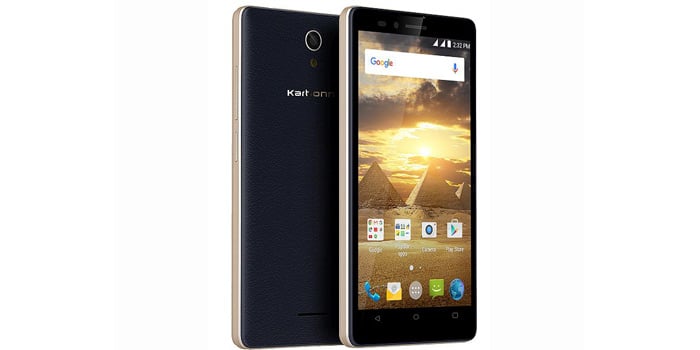 Karbonn guarantees the powerhouse can last for up to 1200 hours of standby time and 17 hours of 2G talk time. Taking a closer look at its other specs, the handset flaunts a 5-inch FWVGA (480 x 854p) IPS screen and runs on Android 5.1 Lollipop. It should be noted that while the handset does sport a dual-SIM system, it can only support LTE connectivity on one SIM at a time.

Here’s a neat look at the main specifications of the Karbonn Aura Power:

The Karbonn Aura Power will be available in champagne and dark blue colors via offline and online outlets. Like we said above, it’s currently vending via Amazon India at Rs 5479.