The Apple Watch Series 3 Cellular has at last landed in India, months after it got launched in September last year. The GPS-only version came to the country soon enough, but it’s been a long wait for those who wanted to be free of their iPhone.

Now they can go and pick up the Apple Watch Series 3 Cellular via Apple stores, Jio’s site, or Airtel’s site. The second is offering the smartwatch with both postpaid and prepaid plans, but the third is only bundling it with MyPlan Postpaid or Infinity Postpaid plans.

The Apple Watch Series 3 Cellular is different from the GPS-only variant in a couple of different ways. The most important distinction is that it supports virtual eSIMs, so owners can get 4G connectivity without having to insert a physical SIM card. 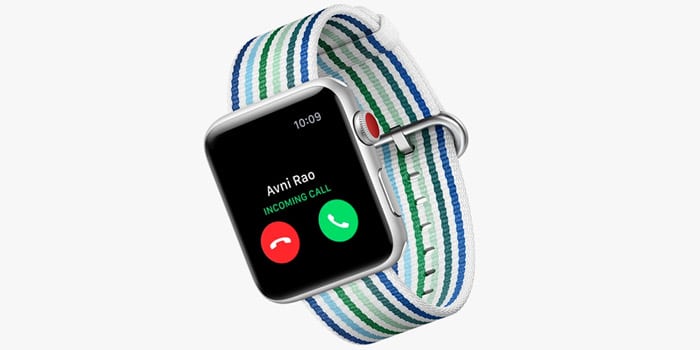 This is key to the Apple device’s appeal, since users can just leave their iPhone behind. They’ll still get calls, messages, and notifications. They can even talk to Siri and stream music. This is especially useful for athletes who want to swim or jog with their smartwatch without having to carry their iPhone around.

Also Read: Apple to manufacture iPhone 6S Plus in India, make it cheaper

ICICI credit card customers opting for an EMI transaction will get Rs 5000 as cashback within 90 days of their purchase. The offer is valid across offline outlets, Airtel’s site, and Jio’s site till 10 June 2018.