The Apple Watch Series 3 was launched alongside the iPhone 8, iPhone 8 Plus, and iPhone X in September last year. The company released 2 versions of the wearable namely one with support for LTE and one without.

Unfortunately for India, the country only received the GPS-ready Apple Watch Series 3. The company is now changing this state of affairs by joining hands with Airtel and Reliance Jio to sell the GPS + Cellular variant. The smartwatch will go up for pre-orders on May 4 and hit shelves on May 11.

Airtel is planning to sell the GPS + Cellular Apple Watch Series 3 via its website. Customers have to use the same number for their iPhone and their watch, as the accessory utilizes a digital eSIM and not a physical SIM card. The devices will thus have to be paired together. 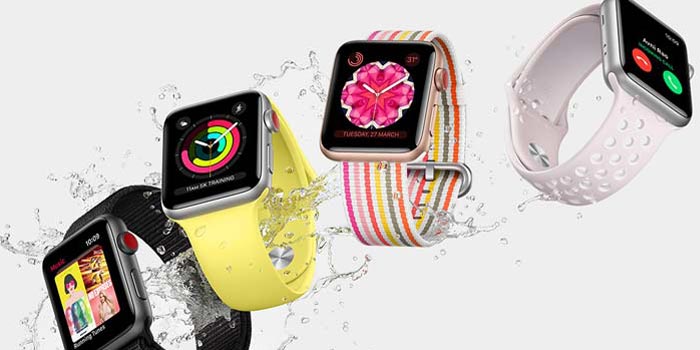 One major condition which Airtel is imposing on all its subscribers is that they’ll have to use one of its postpaid Infinity plans to utilize the Apple Watch Series 3. This leaves out prepaid users completely, so they’ll have no choice but to switch to postpaid.

As for Reliance Jio, it’s going to vend the Apple Watch Series 3 through its site, Jio outlets, and Reliance Digital stores. Anyone who pre-orders the wearable will get priority first day home delivery. The operator won’t charge people anything above their current postpaid or prepaid plan as both the iPhone and the smartwatch will operate on the same tariff.

Also See: Apple to manufacture iPhone 6S Plus in India, make it cheaper

Strangely enough, Apple hasn’t revealed how much the GPS + Cellular Apple Watch Series 3 is priced at. The GPS-only version begins at Rs 32380, so the new model should be significantly more premium than that.