Karbonn has launched a new variant in the budget K9 series dubbed Viraat which is available online through Indian e-commerce sites. The phone is currently up for sale on Snapdeal and Amazon India.

The K9 Viraat has a 5.5-inch display in a resolution of 720 x 1280p with a pixel density of 294ppi. The phone has hybrid dual SIM slots and 3G connectivity. It runs on Android Marshmallow and a 1.3GHz quad core processor. It is host to 1GB RAM and 8GB of internal memory that can be expanded up to 64GB using a microSD card. 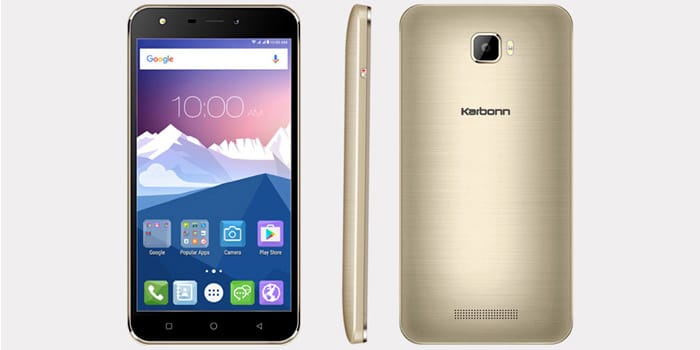 There is a 5MP rear and 3.2MP front camera on the K9 Viraat. Karbonn claims that the 2800mAh battery on the device gives around 8 hours of talk time on 2G and a standby time of around 350 hours. Standard connectivity options like Wi-Fi, GPS, Bluetooth and micro USB are present on the phone. The handset is available in gold and black color variants.

Here is a list of broad specifications of the Karbonn K9 Viraat:

Karbonn is charging Rs 5990 for the K9 Viraat but Snapdeal is selling it at a discounted price of Rs 4799. Amazon has also listed it at a lower cost of Rs 5199.