The Micromax Canvas Fire 4G+ has popped up on the company’s official website without any price or availability details. The previous variant of the phone arrived on the scene back in September this year, with the newer version sporting some enhanced features over its predecessor.

For instance, the Micromax Canvas Fire 4G+ has a bigger 4.7-inch screen size with a resolution of 720 x 1280p, up from the previous device’s 4.5-inch 480 x 854p display. It also comes with a 2000mAh battery, an 8MP autofocus main camera with LED flash and a 5MP front-facing shooter, all of which are improvements over its predecessor’s 1850mAh battery, 5MP rear lens and 2MP selfie snapper. 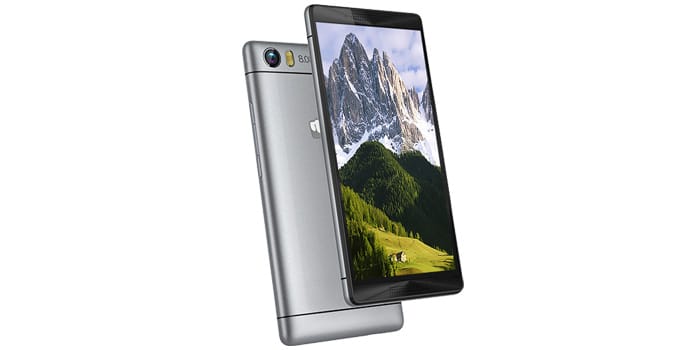 Moving on to other specs, the Canvas Fire 4G+ is powered by a 1GHz quad-core MediaTek MT6735P processor. On the memory front, it packs 1GB of RAM and 8GB of internal storage. Users can expand the phone’s storage capacity up to 32GB courtesy a microSD card slot. Micromax claims the phone can last for up to 240 hours of standby time and 7 hours of talk time.

A neat summary of the main specifications of the Micromax Canvas Fire 4G+:

The Micromax phone has been equipped with dual front speakers, which sets it apart from other phones within its expected cost bracket. The units are supposed to deliver clear audio with an improved bass response. It runs on Android 5.1 Lollipop and supports both the Indian 4G LTE bands namely FDD-LTE 1800MHz Band 3 and TDD-LTE 2300MHz Band 40.

Also See: Micromax, Intex fight it out for 2nd spot in handset market

We’ll keep you updated when the cost and release details of the Micromax Canvas Fire 4G+ are revealed by the manufacturer.