Home Micromax Micromax, Intex fight it out for 2nd spot in handset market

Micromax and Intex are embroiled in a major dispute over the number 2 rank among smartphone vendors in India. The brands are laying claim to the spot by putting forth numbers from different research firms.

The fight began when market tracker IDC declared that Intex was 2nd only to Samsung in terms of overall mobile handset shipments during the July – September quarter. Micromax has been holding on to that rank for 2 years running now. It hit back by citing import data from Counterpoint, CMR and Infodrive for the same quarter. 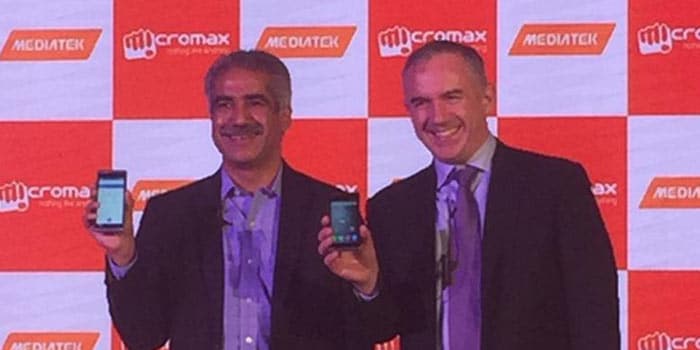 As per the report by IDC, Intex has shipped 8.76 million phones during the previous fiscal quarter with Micromax falling behind at 8.6 million. However, the latter has retained its number 2 spot among smartphones in India. Its CEO Vineet Talreja asserted that the data in the study is inaccurate.

He told the Economic Times that Micromax has imported nearly 9.7 million units during Q3 2015 while Intex has brought in 8.4 million. Talreja believes this information is accurate and authentic, going on to say that the surveys it has conducted indicate the company is far ahead of other domestic players in terms of billing.

The Micromax head pointed out that firms employ varied methods of research. He thinks some of the agencies miss data points which impact figures. He further said import shipments are the best way to determine what the total sales of a brand are. Taneja claims its share in the smartphone arena is double the numbers of the next company.

However, he agreed that there is strong competition for Micromax within the sector as the market is at its peak. Talreja dismissed the Chinese manufacturers currently flooding the segment by stating that the brands will not be able to survive beyond the initial euphoria as sustainability and consistency are more important qualities.