Home HTC HTC One A9 with Android 6.0 Marshmallow launched for Rs 29990

The HTC One A9 will be released on December 15 exclusively via e-commerce platform Snapdeal priced at Rs 29990. Registrations for the new handset are set to take place from December 9 till 14.

To recall, the HTC One A9 and Desire 828 Dual SIM were both launched in India in November. The manufacturer had decided to reveal the devices cost and availability particulars closer to its release. It hasn’t announced any details about the latter phone yet. As was confirmed earlier, the company is only bringing the 3GB of RAM and 32GB of ROM version of the former to the country. 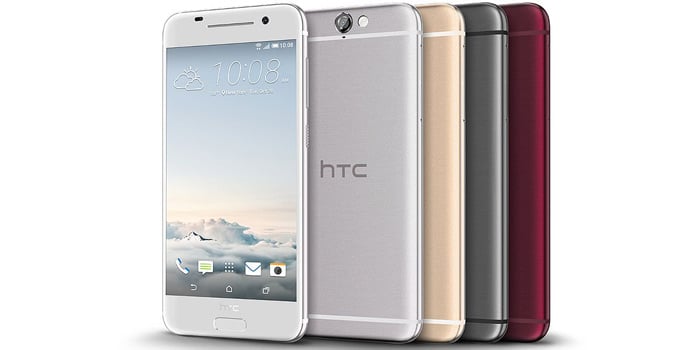 This may change in the future, so a 2GB of RAM and 16GB of ROM variant of the One A9 may be arriving here at some point of time. The smartphone is one of the few non-Nexus phones running Android 6.0 Marshmallow right out of the gate. The brand has also promised to deliver updates to the model within 15 days of the Nexus getting them.

HTC has blessed the all-metal handset with built-in DAC to convert 16-bit audio to 24-bit high-resolution sound, Dolby Audio Surround technology and an enhanced high-output amplifier. The phone flaunts a 13MP autofocus main camera with OIS, a BSI sensor, LED flash, an aperture of f/2.0 and a sapphire cover lens. There’s also a 4MP UltraPixel selfie snapper with the ability to capture 300% more light per pixel.

A quick look at the top specifications of the HTC One A9:

Like we said above, the HTC One A9 will be up for registration from December 8 till 14. You can purchase the handset via Snapdeal for Rs 29990 on December 15.