Home Other Brands Zen Cinemax 2+ phone with SOS and 5MP camera out for Rs...

Zen Mobile has rolled out an ultra affordable smartphone called the Cinemax 2+ for Rs 3777 exclusively through online retailer ShopClues. The device has very basic specs that match its price tag. Additionally, it has an SOS function which enables the user to the easily send their location to preset contacts in case of an emergency.

Just like its features, the Zen Cinemax 2 Plus’ body is nothing special to look at. Its front is taken up by a 5-inch 800 x 480p IPS screen, a speaker grill, a 3.2MP camera and capacitive buttons. The back is given to a 5MP lens with flash. The 2900mAh battery inside it is said to be good for up to 7 hours of talk time (network not mentioned). 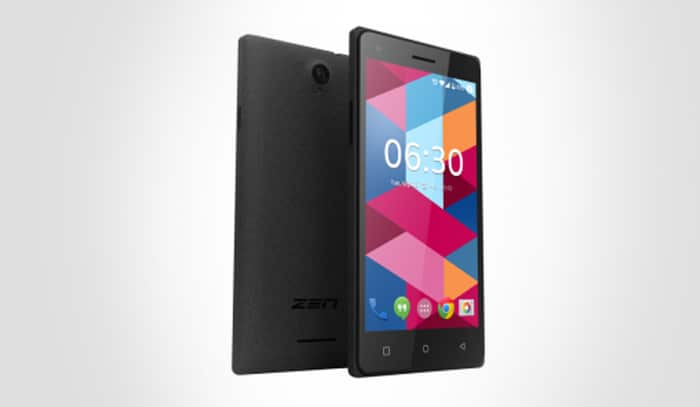 The smartphone is powered by a 1.3GHz quad core chip of unnamed origin, though it most probably is from MediaTek. For some reason Zen Mobile has chosen to limit the handset to Android Lollipop 5.1 even though Google has been encouraging manufacturers to put the latest versions of its OS on their budget devices too.

Coming to memory, there’s 1GB of RAM, 8GB internal storage and the option to slip in a 32GB microSD card. Being an entry level option, the Cinemax 2+ doesn’t offer support for 4G networks. Users will have to make do with 3G. But it does have dual SIM slots, Wi-Fi connectivity, GPS, FM radio and Bluetooth 2.1.

Follow this link to ShopClues if you want to lay hands on the phone.