Four Indian engineering students have developed a special type of earphones called the NeuroBuds that can detect panic and send an SOS automatically. The brains behind the project, George Mathew, Fausya Amalh, Nitin Vasanth and Athul B Raj, envision the device as being one of the solutions to increasing women’s safety.

The NeuroBuds is actually an electroencephalogram (EEG) prototype with four electrodes shaped as earphones. It analyses the wearer’s brain wave patterns and sends this data to a special app on the connected smartphone. When the system detects panic in the user, it intelligently triggers an SOS. 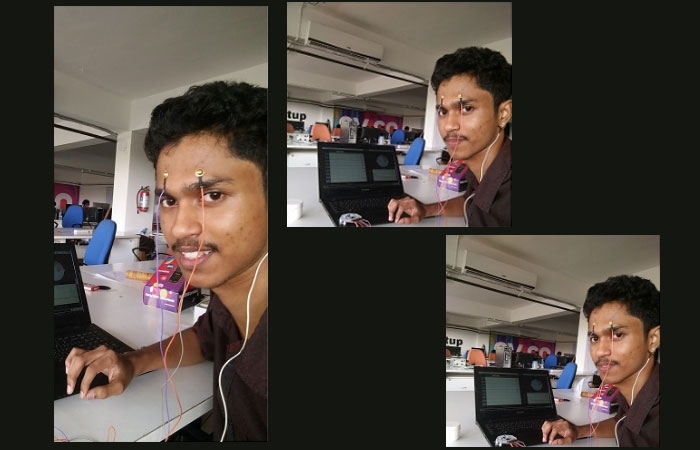 The salient feature of the NeuroBuds is that it eliminates the need for the user to physically dial a number or press buttons since it does the job automatically. In case an SOS is triggered by accident, there’s 10-second countdown which allows the wearer to stop the system from sending an alert.

What happens if an attacker grabs the phone in question away from the victim? Well, the NeuroBuds is designed to send the SOS to a server so the alert still goes out to the right number. The earphones were built using 3D printing technology, carbon nanotubes and rapid prototyping boards.

The young inventors acknowledge that the problem of false positives does arise when it comes to the NeuroBuds. That’s why they’ve been refining the system continuously. The device has been put through four major changes over the past year. There’s of course the matter of its appearance.

Not many people may want to walk around with electrodes hanging from their ears even though they’re disguised as earphones, and it may not be entirely practical either in certain situations. But it’s still a great idea that could eventually reach commercial viability.