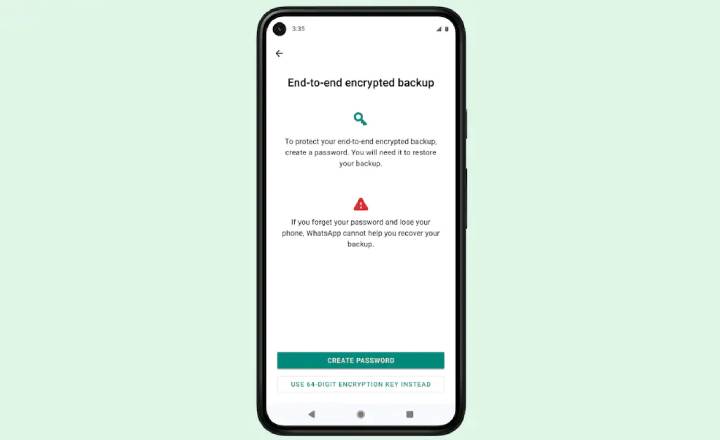 One of WhatsApp’s most prominent arguments in making a case for itself has been its end-to-end encryption feature that makes sure neither Facebook nor anyone else in the world can read your messages if intercepted. With an aim of gaining an upper hand over the competition, the company will now be introducing the same feature for cloud backups as well.

This will provide “another layer” security to the platform according to Facebook CEO Mark Zuckerberg. Android users will get this feature for their Google Drive backups, while iOS users will get it for their iCloud backups. They will be able to enable end-to-end encryption for their backups by creating a password. And this password will be needed whenever they wish to restore their backups in the future.

The feature allowing the storing of WhatsApp chat backups on Google Drive and iCloud has been around for a very long time. However, while WhatsApp provides end-to-end encryption of its own, that does not extend to cloud storage services. This means any other service that has access to the backup portals can read your data if they’re dubious enough.

“We’re adding another layer of privacy and security to WhatsApp: an end-to-end encryption option for the backups people choose to store in Google Drive or iCloud. WhatsApp is the first global messaging service at this scale to offer end-to-end encrypted messaging and backups, and getting there was a really hard technical challenge that required an entirely new framework for key storage and cloud storage across operating systems,” said Mark Zuckerberg in a Facebook post.

There’s no set date as to when end-to-end encryption will start being rolled out for cloud backups of WhatsApp chats but it should happen pretty soon.