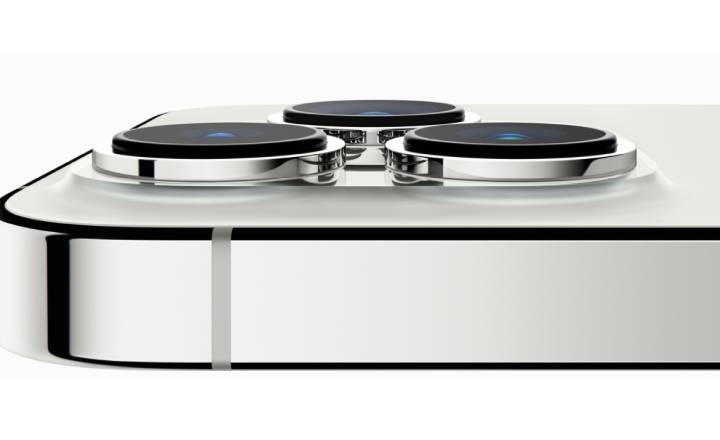 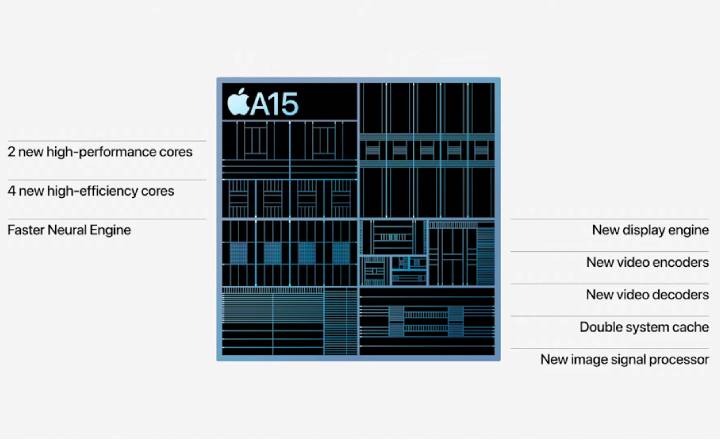 Unsurprisingly, the Apple A15 Bionic has been revealed to be the powerhouse inside all the new handsets. Equipped with 15 billion transistors, this 5nm chip claims to have a CPU that’s 50 percent faster than competition and a four-core GPU (five-core for the Pro models) that’s 30 percent faster than rivals. Speaking about the CPU, it’s again a six-core affair with two high-performance and four efficiency cores. 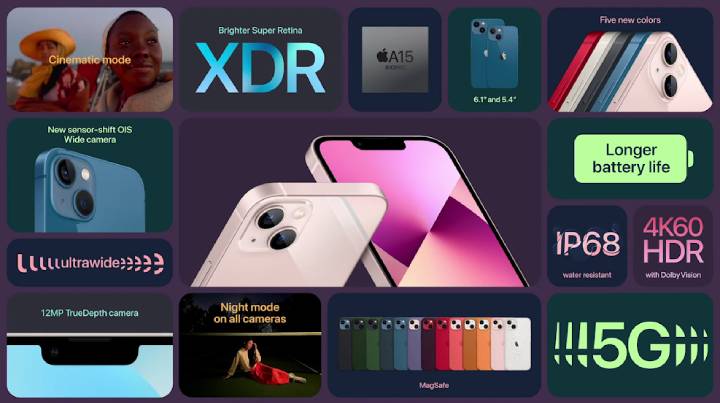 New dual cameras make their way to the backs of these two devices. They get the larger 12MP 1.7µm sensor from last year’s iPhone 12 Pro Max. This is also accompanied by the sensor-shift stabilization tech and an f/1.6 aperture. Even the second sensor is 12MP in resolution and grabs a faster f/2.4 lens and 120-degree field of view. 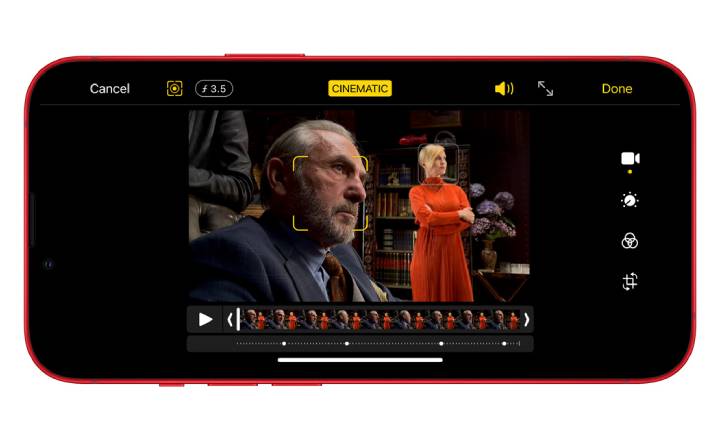 Along with HDR Video, this year’s iPhones also come with a feature called cinematic mode that aims to recreate professional shooting techniques like seamless and smooth focus shifts. Photographic profiles are another new addition, allowing you to customize the look of your photos even further for more consistency across shots. 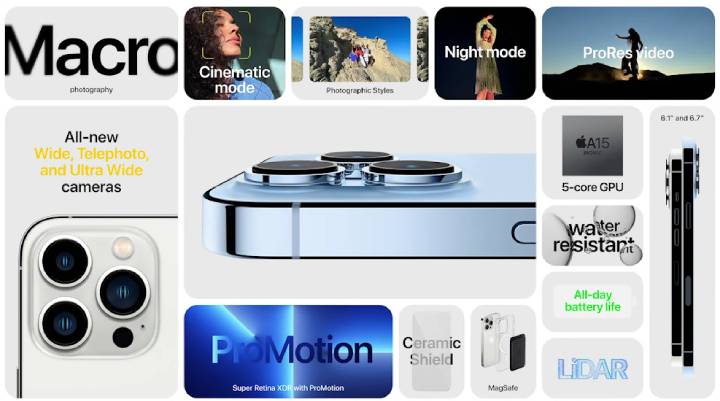 The new Pro models boast even bigger camera upgrades. Both the phones bear three 12MP cameras and LiDAR sensors. The first camera bears an f/2.8 aperture telephoto lens with 3x zoom, which means these models can now offer 6x optical zoom across the three cameras. The wide camera grabs an f/1.5 lens, while the ultra-wide goes for an f/1.8 aperture. The Night Mode, naturally gets a big boost owing to the new hardware.

The cinematic mode will be present here as well but these phones will even allow changes to be made to them after the videos have been shot. A ProRes mode will arrive on them at a later date that will allow RAW video capture and editing capabilities for up to 4K 30fps videos. 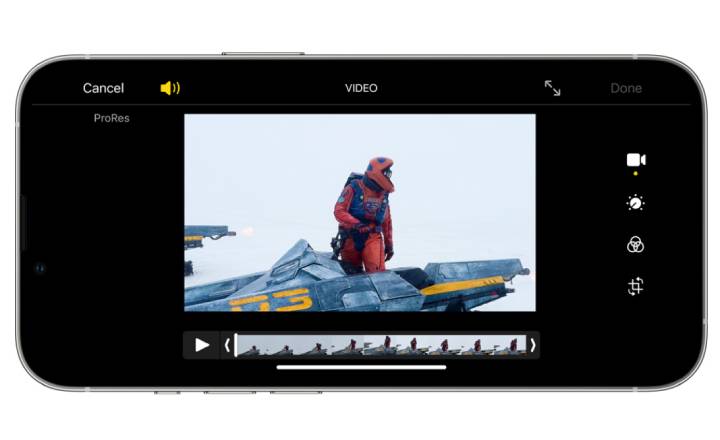 The iPhone 13 Pro models offer ProMotion displays that deliver variable refresh rates ranging between 10Hz to 120Hz, depending on the content that’s on the screen. These Super Retina XDR OLED panels are sized at 6.1 and 6.7 inches.

All the new iPhone 13 models feature better battery life and get wider support for 5G bands. And then there’s IP68 dust and water resistance as well. The storage sizes now start from 128GB and include 256GB and 512GB options. The Pro models go one up and also offer a 1TB model.

The iPhone 13 Mini will be the most affordable one from the new range, with its price starting from $699. As for the iPhone 13, it will be seen going for $799. The iPhone 13 Pro starts at $999, with the Max model costing $1,099. September 17 is when pre-orders will go live and September 24 has been announced as the release date.