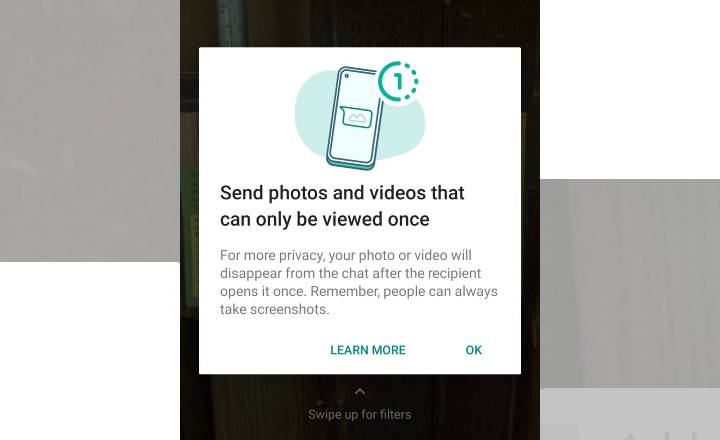 WhatsApp has been on quite a roll lately, introducing newer features to the platform and it’s time for one more to hit the block. The app’s beta version on Android is testing a View Once feature for photos and videos that destroys the media completely once it has been viewed by the recipient.

This feature is not to be confused with disappearing messages that were introduced by WhatsApp last November. That trait allows you to send texts, images, and other media that will automatically be deleted after a span of seven days. You can activate View Once by tapping on the ‘1’ icon (see screenshot below) that rests beside the ‘Add caption’ bar.

View Once is just like the privacy-focused Snapchat feature that has been around for a very long time. “Remember, people can always take screenshots,” warns WhatsApp with a pop-up message the first time you try to send a View Once media file. 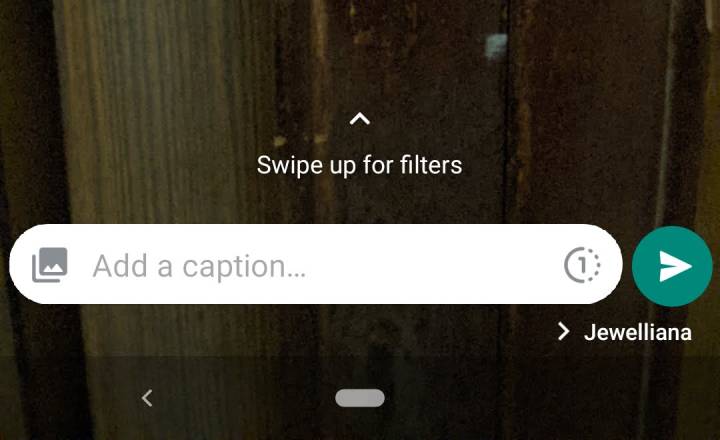 This feature was discovered by WABetaInfo in beta version 2.21.14.3 of WhatsApp for Android. It’s likely to be released widely in the coming days and an iOS release is also imminent. Interestingly, the feature works even if the recipient doesn’t have the latest beta of the app.

When you receive a View Once message, opening it notifies the sender of the same even if you’ve disabled read receipts. If the recipient takes a screenshot of the message, you won’t be notified. This feature also works for groups.

Not too long ago, WhatsApp also started the rollout of a flash calling feature that allows you to quickly log into your WhatsApp account. It’s an automatic verification method that will have WhatsApp call your phone number and automatically end the call to verify that the last phone number in your phone’s log matches the number that gives you the 6-digit code.