Sennheiser has launched its latest Sports earphones series in India which comprise of four options in total and the new lineup is designed for active users. Prices for the range start at Rs 4990 and go north depending on model.

The latest Sennheiser Sports lineup was globally launched just earlier this year during the CES 2015 expo. The company also recently revealed that the new earphones received a Red Dot Award for their stylish and rugged design. All four options, namely the MX 686 SPORTS, CX 686 SPORTS, PMX 686 SPORTS and OCX 686 SPORTS, are made from high quality materials to ensure a comfortable fit. 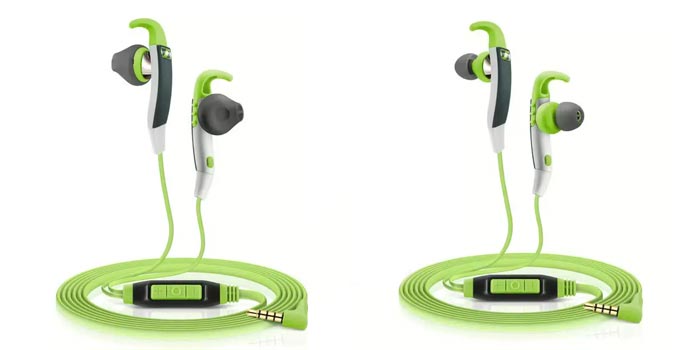 Additionally, they’re water-resistant which means that you will not have to worry about damages from sweat during workouts. The cables used here are tangle-free and have an oval design which reduces structure-borne noise. They also have an integrated microphone for use with smartphones and volume controls.

The MX 686 features a classic earbud design with antimicrobial ear adapters and a fully adjustable slide to fit system. The CX 686, on the other hand, have the more popular canal design. The OCX 686 is similar as well, but with adjustable ear hooks as is visible in the image below (on the left). 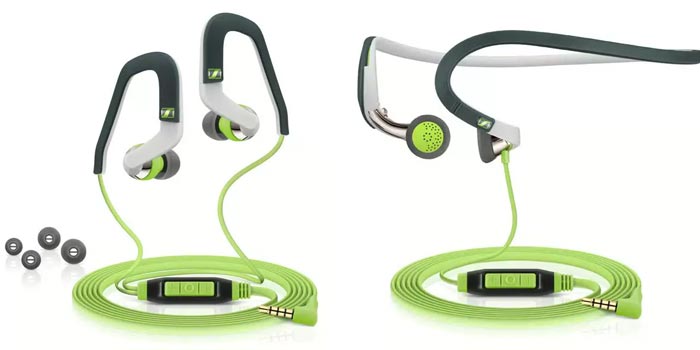 And lastly, we have the PMX 686 that features a behind-the-neck look with tradition earbuds. All aforementioned Sennheiser earphones come with 2-year warranty, a storage pouch and a cable clip. They’re optimized for use with Android, Windows Mobile and Blackberry devices, while the PMX 686 and OCX 686 also have versions designed for iOS.