The SanDisk iXpand Flash Drive has been launched in India alongside a number of other products like the new 200GB version of the Connect Wireless Stick, Ultra USB Type-C Flash Drive, Ultra Dual USB Drive 3.0, and Extreme PRO microSDXC UHS-II card. The company is set to make the new offerings available through online and offline retailers soon.

The new SanDisk iXpand Flash Drive is an upgraded version of its predecessor with an all-new design. The device basically acts as an external memory accessory for storage-starved iPhone and iPad users. The company has revamped the gadget so that it’s only as wide as a normal USB pen drive. 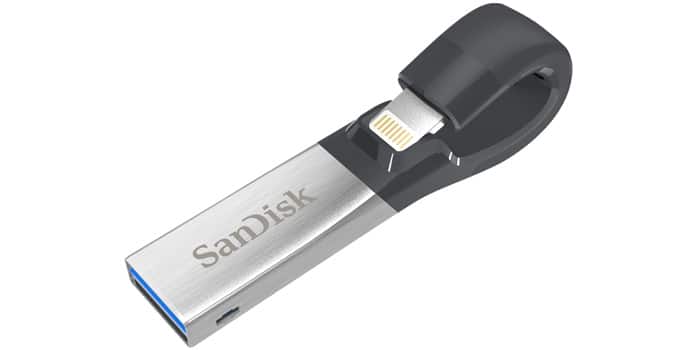 Even the adjustable Lightning connector has been reworked so it can connect to an iPhone or iPad without the consumer having to remove their device’s cover. Unfortunately, this reboot means that the iXpand Flash Drive no longer comes with an in-built battery and requires charging.

Other cool specs include support for USB 3.0 connectivity and fingerprint or passcode encryption for sensitive data. People who download the SanDisk companion app can view music files tucked away in the device in addition to their iPhone’s music library. There’s also an automatic photo backup tool which gets activated every time they plug the device into their handset or tablet.

The feature could prove to be especially useful for users who want to keep their data safe without depending on cloud services to do so. As for how much they’ll have to shell out for the SanDisk iXpand Flash Drive, the device is priced at Rs 3990 for the 16GB model and goes up to Rs 9990 for the 128GB one.