The 7-inch Samsung Galaxy Tab 4 had shied away from an Indian release despite the fact that its 8-inch and 10.1-inch models had landed in the country already. The small tablet has now finally made its way into the country with its price hovering around the Rs 17800 mark.

While the Samsung eStore in India hasn’t started selling it yet, Flipkart has listed its white and black models which are priced at Rs 17825 and Rs 17840, respectively. Snapdeal on the other hand, is offering both versions for Rs 17980. It should be noted that these prices apply to the 8GB version of the tablet. 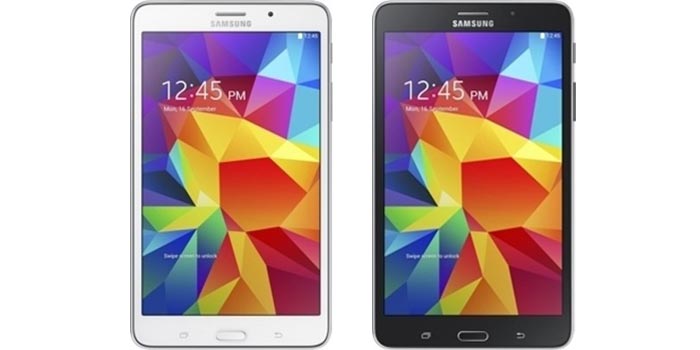 The Galaxy Tab 4 from the South Korean giant comes equipped with a 1280 x 800 pixel display and runs the Android 4.4 KitKat OS. A quad core processor clocked at 1.2GHz makes its way into the Samsung Galaxy Tab 4, aside from 1.5GB of RAM. Its rear surface houses a 3MP camera, while its front bears a 1.3MP snapper.

Its 8GB of storage space can be expanded further using its microSD card slot. Furthermore, this Samsung tablet is powered from within by a 4000mAh battery which keeps it going in between charges.

Here’s a brief look at the specs of the Samsung Galaxy Tab 4 7-inch: