The Oppo Find 7 smartphone as well as all the other smartphones which were released by the Chinese company this year, will be sold via Amazon India. The trend of manufacturers partnering with retailers has been catching on in the country over the past few months and the latest one comes as no surprise since this allows interested customers to easily find their preferred devices online.

If you remember, the Oppo Find 7 had been introduced along with the 7a, though only the latter made it to shelves back then. The former may soon be made available through Amazon India for a price of Rs 37990, while all the others covering the R1, N1, Joy and 2013’s Find 5 should have been here already. But it’s not just resellers that the company has been eying lately. 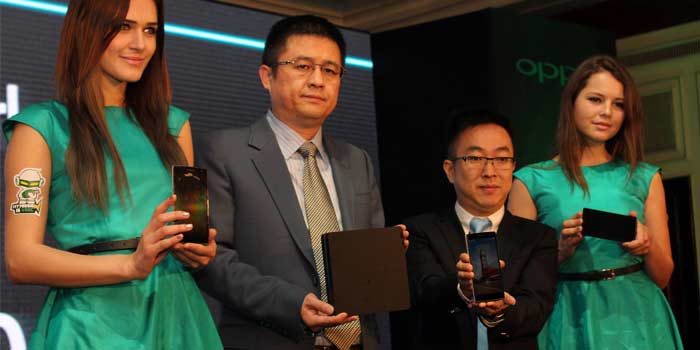 The month of June brought word of Oppo being eager to offer 4G LTE phones through telecom operators in India. It apparently prefers to have Reliance Jio and Airtel sink their teeth into this opportunity, with 5 new LTE-capable handsets being planned for release. One of them will be aggressively priced below Rs 10000 and we don’t know whether this gathering of 5 includes the Find 7 too.

Ensuring that the Amazon India brand is backing its sales in the country leaves Oppo free to concentrate on other things such as customer and after-sales services. It is reported to be gathering its resources towards opening at least 200 service centers across India within a year. Some of the areas in which the company has its presence include New Delhi, Mumbai, Pune Chennai, Bengaluru and Kolkata.