Xiaomi has released something special via the MIUI Theme Store to mark its entry into India with the Mi3, Redmi Note and Redmi 1S smartphones. The company will first be unveiling its products in New Delhi on July 15 and then fly to Mumbai for a July 17 event. Now it’s not yet been confirmed that Xiaomi will be bringing in the last two handsets we’ve mentioned; so don’t get too excited.

But if you’re willing to follow our efforts at guessing the name of the devices which will show up beside the Mi3, then no need for more puzzlers. As for the India theme we talked about above, it is played out as landmarks in wallpapers, and national as well as cultural symbols represented in the onscreen icons. An interesting but unnecessary gesture, in our humbly humble opinion. 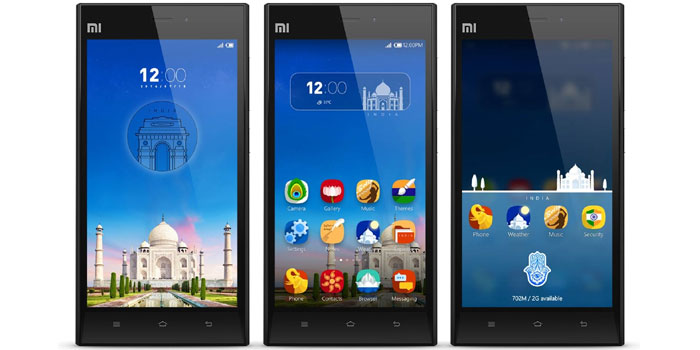 You technically shouldn’t be able to go fishing for the upcoming phones anywhere but on Flipkart since Xiaomi inked a deal with the retailer and plans to sell its devices exclusively through the online portal. Though the Chinese company releases limited stock of its offerings at a time, they can be found unofficially here and there in India even if they’re spread out thin.