Soon after it was listed, the Oppo Neo 7 has been officially unveiled in India and will retail for Rs 9990. The handset will hit markets by the end of this week, just in time for Diwali sales. 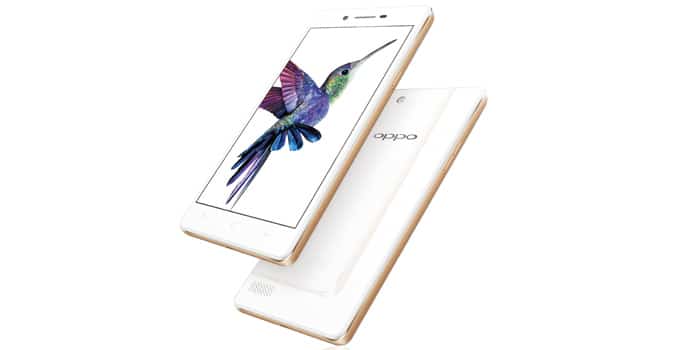 Oppo has furnished the smartphone with a fiber glass back, which it claims to have strengthened through 13 layers of coating. The manufacturer has further equipped the phone with a microSD card slot to add up to 128GB of extra space. Its daily operations are conducted through a non-removable 2420mAh battery with the support of 1GB of RAM.

Coming to its camera department, the Neo 7 carries an 8MP primary snapper accompanied by LED flash and an UltraHD feature to bump up the resolution of photos to 24MP. There’s also a 5MP front-facing lens with screen flash on board, with a light-sensitive sensor automatically adjusting brightness according to the surrounding environment.

A neat look at the specifications of the Oppo Neo 7:

Once again, the Oppo Neo 7 is priced at Rs 9990 and will be available within this week.