The 16GB OnePlus One will arrive with a tempting price of Rs 18999 in India, which makes it cheaper than the Mi 4 from Xiaomi with the same storage configuration. The main purpose of bringing the lower capacity model to India is to fight against the latter handset which is also available with 64GB of internal memory.

Clearly, the OnePlus One has an advantage over the Xiaomi Mi 4 when comparing retail tags. However, the former device is a phablet and not everyone is fond of a large 5.5-inch display. And this could work quite well in the latter’s favor as its flagship offers a 5-inch touchscreen with almost identical hardware. 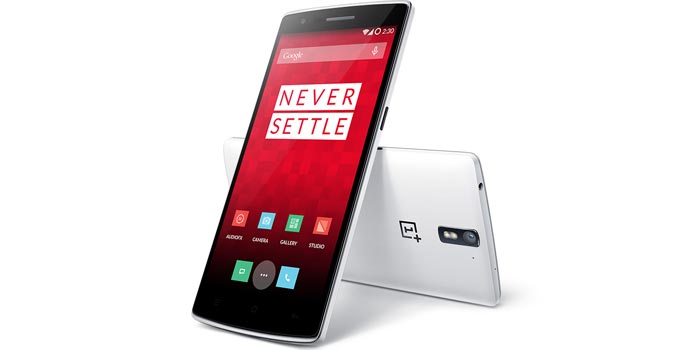 The 16GB version is no different from the 64GB option and the difference in storage is all that sets them apart. But perhaps not entirely as the base model is only available in silk white, while the second option flaunts a textured sandstone black look which has a nice rough feel to it. And like the already available model, you’ll need a specific invite to purchase the 16GB OnePlus handset.

This basically means that invites for the higher storage option might not be applicable for the latter. The phone comes with Android 4.4 KitKat out of the box and an update to Lollipop should be out shortly.

The 16GB OnePlus One is already listed on Amazon, but is yet to go on sale. More information on the handset can be found at this link.