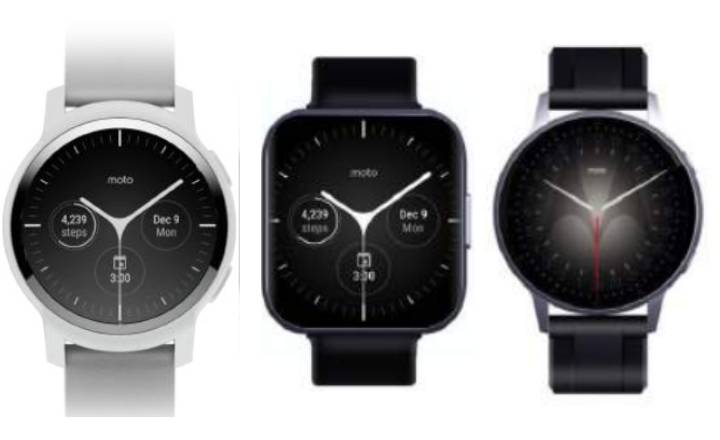 Motorola’s last smartwatch came out in 2019 and it looks like 2021 is going to be the year the company goes full swing into the wearables markets. A leak has unearthed not one, not two, but three smartwatch models that will supposedly be released later this year. The devices will apparently be named Moto Watch, Moto One, and Moto G Smartwatch and are likely to come with a variety of band options.

Details about these wearables have appeared in an apparent investor presentation dated February 9, 2021, from eBuyNow and CE Brands. The document lists a roadmap of the products that are about to be unveiled this year by Motorola. According to it, the company will launch a circular Moto G Smartwatch this June. Although no other details are known, its espousing of the G branding points towards it being an affordable device.

On the other hand, the Moto Watch and Moto One have been listed for the month of July. While the former is shown to have a rectangular display (a first for any Motorola smartwatch), the latter has a circular display. The Moto One also looks like it could be the flagship smartwatch from the Lenovo-owned company. Since Motorola has announced a strategic partnership with Qualcomm, we can expect all three devices to come with Snapdragon Wear processors.

Last year’s Moto 360 (3rd gen) came with a stainless-steel body and also shipped with scratch-resistant PVD coating. It ran on the Snapdragon Wear 3100 processor and offered 1GB of RAM and 8GB of storage. This Wear OS smartwatch also featured fast charging support for its 355mAh battery.

Looks like Motorola is set to make a new push in the wearables department. Let’s hope all goes according to plan for the company.