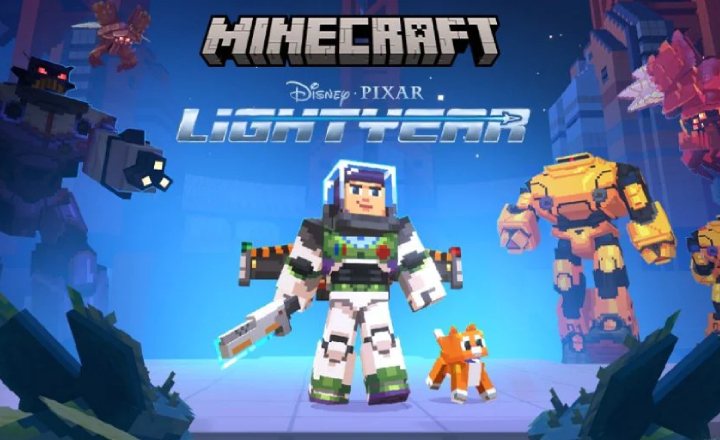 Mojang Studios regularly blesses Minecraft with tie-in DLCs and one of the latest such offerings is the Lightyear DLC that celebrates the release of the latest Pixar film. This new content brings with it five missions and plenty of other stuff that fans of the Toy Story franchise will be pleased with.

For those unaware, this DLC is separate from the main game, so if you breed parrots in Minecraft or build large structures or whatever, your game won’t be affected. The Lightyear DLC needs to be purchased separately by those who want to get into it.

They can take advantage of five playable missions that are inspired by the film. Plus, there are plenty of character skins as well. The Lightyear DLC even brings with it a number of vehicles, locations, and enemies portrayed in the film. There’s Buzz’s XL rocket ship, the colony vessel as well as the film’s version of the evil Zurg.

Lightyear was released in June this year as the fifth film from the Toy Story franchise. Its story is a spin-off and takes place in the fictional universe shown in the earlier films. Directed by Angus MacLane, it stars Chris Evans, Keke Palmer, Peter Sohn, Taika Waititi, Dale Soules, James Brolin, and Uzo Aduba.

Minecraft was also recently blessed with the Spongebob DLC, which brings several characters from Bikini Bottom to the Minecraft realm. More importantly, the game recently received its free The Wild update after several delays. It brought to the game two new biomes in the form of deep dark and mangrove swamps. A host of additional content also formed part of this update.

Those wishing to grab the Lightyear DLC for Minecraft can do so by paying 1,340 Minecoins.