Home Games Minecraft: The Wild Update Arriving June 7: Here’s Everything You Need To... 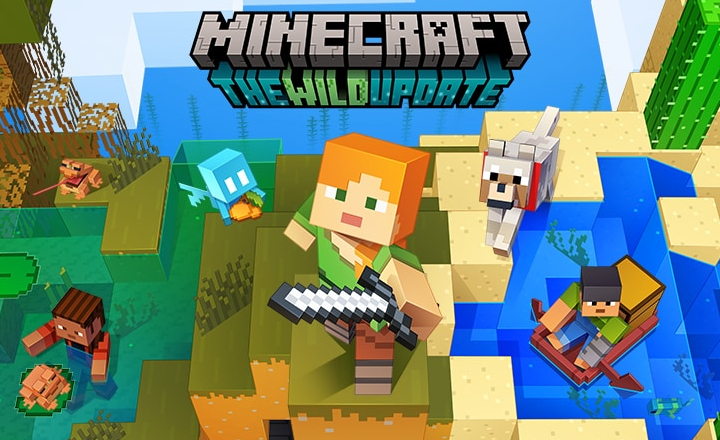 Minecraft fans craving new content will finally be rewarded with The Wild update on June 7. The 1.9 version of the game’s Java and Bedrock Editions will arrive on the said date simultaneously across PC, Xbox, PlayStation, Switch, iOS, and Android. Before that though, here’s everything that will form part of this new update.

Unveiled in October last year, The Wild update will include several features that were originally intended for Caves & Cliffs Part 2. Two major biomes are set to be introduced to the game, offering you plenty of new stuff to craft on the blast furnace in Minecraft.

The first one is called deep dark and generates deep underground in areas with low erosion. Often, this biome will be covered in large patches of sculk blocks surrounded by sculk veins, which include sculk-related blocks such as sculk shriekers, sculk sensors and sculk catalysts.

The second biome from Minecraft’s The Wild update will include mangrove swamps that will give you a place to naturally harvest mangrove trees. This means there will be a new type of wood to build structures with. You can also dig up mud if you need it for construction.

Allay, a fan-voted mob that can help you collect items will be entering the game thanks to The Wild. Additionally, frogs will be making their way into Minecraft as well, with the exception of fireflies that were controversially removed by the devs. The critters were pulled out of the game citing the fact that fireflies are poisonous to frogs in the real world so they can’t act as a food source for them in the game.

As we said, June 7 is when Minecraft’s The Wild update will go live for both the Java and Bedrock Editions of the game.