Google Play Store’s reputation has taken yet another hit as it emerged that a new malware dubbed Judy has affected millions of Android smartphones. Botnets, groups of internet connected devices controlled by hackers without the knowledge of the victims, are a growing danger in the mobile space.

The number of threats that have been discovered over the past year or so is enough to back this statement – FalseGuide, DressCode, ESET, Viking Horde and Chamois, for starters. Now there’s Judy. Over 40 apps in Google Play Store with ‘Judy’ as a main character were discovered to be hiding this malware; hence the name.

Google Play Store has always been stuck with a reputation for being insecure compared to Apple’s App Store due to the barrage of threats that are regularly uncovered by security experts. And its anti-malware system (Bouncer) has failed yet again. Check Point researchers who discovered Judy notified Google and the malicious applications have been pulled. 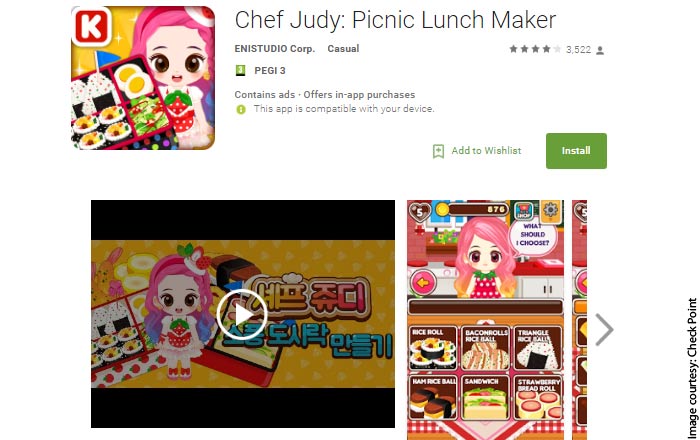 What is malware Judy?

Worryingly, Judy appears to have been plaguing the applications marketplace for over a year. The malware uses the victim’s phone to generate fake ad clicks, thus fraudulently earning revenue for the developer. A Korean company called Kiniwini that is registered on Google Play Store as Enistudio, is reported to be behind the malicious apps.

Judy managed to bypass Google’s security checks by posing as a bridgehead app for establishing a connection to the user’s smartphone. Once installed, it silently hooked the infected device to the adware server that fed it the actual malicious content. Users were then beleaguered with ads they were forced to click on to access the app or their homescreen.

How to stay safe from malicious Android apps

Google has updated Bouncer with a better mechanism to scan applications for malware content. But stay safe by installing anti-virus and anti-malware programs such as Avira, Avast and AVG on your phone. Secondly, don’t just blindly put apps on your device based on user ratings or the number of people who’ve downloaded them.

Developers can post fake reviews, show a high number of downloads or trick users into giving good ratings to their apps. Read through as many reviews as possible. Don’t install software that asks for unnecessary device permissions. For example, alarm bells should start ringing in your head if a clock app wants access to your camera or phonebook.

In the case of malware Judy, millions of people would have been spared had they gone through all the user feedback since some folks have reported its suspicious activities in their reviews for the applications in which it was hiding. Follow the Check Point link below to see the full list of malicious apps.