Home Other Brands This is what Microsoft Lumia handsets will look like without their Nokia...

If you’ve been wondering what the Microsoft Lumia branding will look like on the Windows Phone devices the company plans to release without the Nokia moniker, you can stop already. Microsoft has gone ahead and revealed the new logo that will be sported by its products in the future. We’ve posted the comparison pictures below.

What’s more, the Nokia name won’t be banished into obscurity as we thought it would. Entry-level phones will still hold on to the identity given to their category by the Finnish company. On top of that, Microsoft will keep offering support for its currently available Lumia phones and tablets in the form of customer warranties and so on. 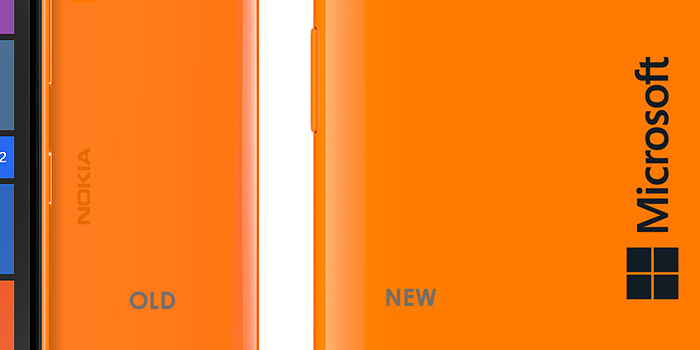 As you can see from the renders, only the M in Microsoft will be capitalized and the Windows Phone logo will be carried on the back panel along with the tech giant’s name. Instead of the previous shade of gray, black has been adopted as the color of choice here. We don’t know about you, but we don’t hate it, neither do we love it.

Even after Microsoft acquired the devices and services unit of Nokia back in 2013, it continued to launch Lumia products with the latter’s moniker tacked to them. We knew it was going to eventually drop that branding, courtesy of a previous rumor and common sense. The company is apparently even planning to alter Windows Phone OS to Windows OS. 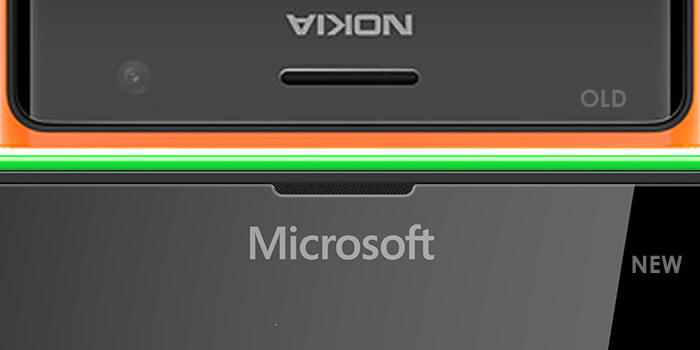 The only story that has been officially confirmed so far talks about the new Microsoft Lumia brand. There’s no word on when we can expect to see the first Windows Phone handset without Nokia. The company’s social media pages and various relevant websites are making the change too.