The LG V30 might be making its way to India in December, a couple of months after it made its debut at the IFA 2017. The company hasn’t said anything official about its launch yet, but a new report suggests that it’ll be arriving in the country priced at Rs 47990.

To recall, the LG V30 was launched in a regular and V30+ variant. The only difference between the 2 is that the latter has 128GB of storage space inside. Phone Radar doesn’t mention whether the Plus model will be arriving in India as well. 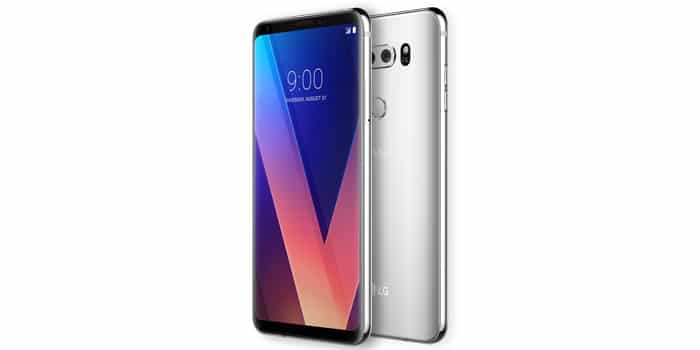 The LG offering has ditched the Second Screen of its predecessor in favor of a minimal-bezel 6-inch 18:9 FullVision QHD+ OLED display. Photography is center-stage in the smartphone, getting equipped with a dual 16MP + 13MP rear camera setup, a f/1.6 aperture, Hybrid Auto Focus, and Cine Video mode for advanced color grading options.

Have a look at the specifications of the LG V30 and LG V30+:

We’ll keep you informed the moment LG decided to officially reveal just when the V30 will hit India.