The Huawei Honor 7X has gotten launched in India and is all set to go up for sale exclusively via Amazon on December 7 at 12 pm. Like its predecessors, the handset is an affordable device with some compelling premium features.

Chief among them is the Honor 7X’s 5.93-inch FHD+ screen which has gotten hold of a trendy 18:9 aspect ratio. There have been a spate of such mid-range Android phones in recent times, so the smartphone has its work cut out for it to distinguish itself from the rest of the pack.

Having a 16MP + 2MP dual camera setup at the Huawei handset’s back might help things along in that respect. The former captures the shot, while the latter records the depth. There’s PDAF to help click photos faster and LED flash to light things up. A Portrait Mode artistically blurs out the background and keeps the subject in focus. 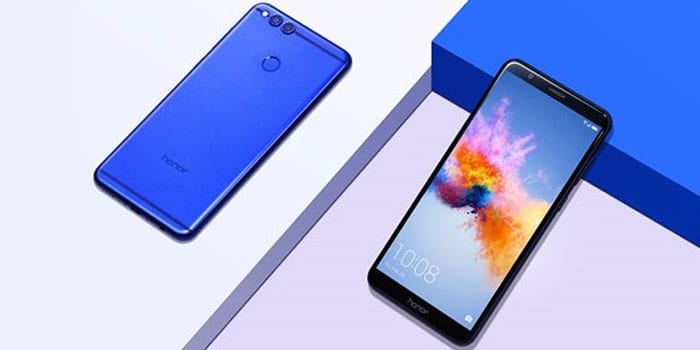 The Honor 7X initially came out in China back in October this year in 3 different options. For India, the brand has chosen to keep things restricted to 2 variants namely a 32GB model priced at Rs 12999 and a 64GB one at Rs 15999. An ICICI credit card deal knocks off Rs 1250 from the cost and Airtel is offering 90GB of free data.

A neat look at the top specifications of the Huawei Honor 7X:

Once again, you can buy the Honor 7X on December 7 via Amazon India. Registrations are open now and could win you powerbanks, earphones, a free unit of the handset, and flight tickets.