Home Apple Before iPhone 6 arrives in the market, cases for it go on...

The iPhone 6 won’t be revealed for the next few hours, but Daily Objects has started selling cases for the upcoming Apple device anyway. If you haven’t heard of Daily Objects before, it’s an Indian brand offering designer and customizable covers for more than 70 models of smartphones.

The company is currently flaunting over five dozen iPhone 6 cases each of which cost Rs 1125 on discount. We’re not always quick with the praises, but we must say that the website hosts a collection of covers with breathtaking designs for everyone from the sports fanatic to the artsy type to the movie buff to the religious sort.

UPDATE: The iPhone 6 and iPhone 6 Plus are out now though their release date for India hasn’t been mentioned. Both will be up for pre-order this Friday in the US, the UK, Australia, Canada, France, Germany, Hong Kong, Japan, Puerto Rico and Singapore. They will ship out to customers starting from September 19. 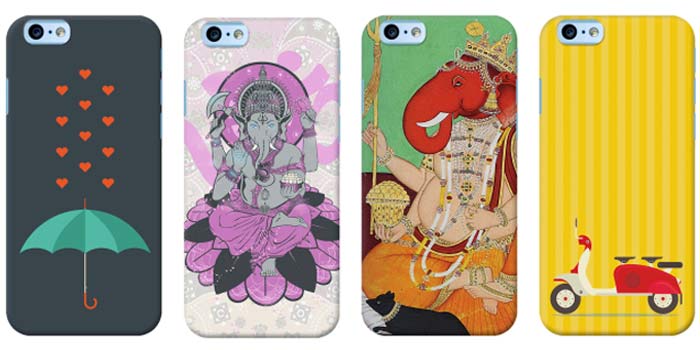 The aforementioned accessories are made from polycarbonate and feature cutouts for all the buttons on the next generation iPhone. The patterns are credited to artists from the DailyObjects Designer Community, while some are branded as originating from the company itself. You even get the option of customizing your case with a picture of your choice.

Also read: iPhone 6 gets a 7-minute review prior to even being launched [Video]

The product images appear to feature cutouts on one side for the power and lock/unlock button which Apple is rumored to have shifted from the top in order to enable easier access to it for those who find the 4.7-inch or 5.5-inch screen too large to handle. Do note that Daily Objects says it’s ‘joining in the fun’ with leakers who have tried to guess what the iPhone 6 will look like.

Since the new iPhone handset is expected to jump from a display of 4 inches to the two larger options we’ve mentioned above, the accessories maker will have to wait until tomorrow at least before pushing orders through the production process. Also, the iOS device is supposed to have received a proper overhaul in terms of appearance and may be rounder all over.

Getting back to Daily Objects, the company has announced a 25% discount on designer and personalized cases for all devices and not just the iPhone 6, until September 15. The 16GB 4.7-inch and 5.5-inch versions of the smartphone are calculated to reach India for Rs 58000 and Rs 68000, respectively.