Facebook addicts are likely to develop depression and end up feeling lonely, according to a new study in the journal Computers in Human Behavior. Austrian psychologists Tobias Greitmeyer and Christina Sagioglou point to a link between feeling down and signing out of the social networking site.

Those who spend a lot of time consistently on Facebook are apparently faced with low satisfaction in life when it comes to basic psychological needs. They are also thought to feel the blues and be touched by a sensation of ballooning loneliness, according to the researchers. 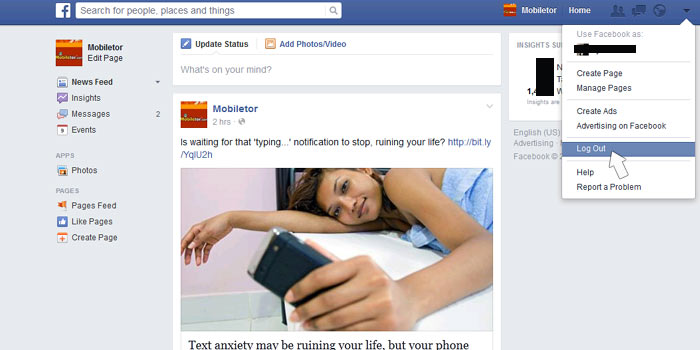 Going by another recent study, Facebook mostly serves to help you maintain relationships with near and dear ones, especially when it’s not possible to meet them face-to-face. This may probably be why users are hit by a sense of loneliness upon logging out of the social network.

The joint paper by Greitmeyer and Sagioglou is based on responses from three groups of people. The first party consisted of 123 German-speaking active Facebook users. The second phase of the study took into account 263 volunteers through Amazon’s MTurk program.

The third batch of research participants included 101 active Facebook users. It’s really interesting that all three groups admitted to feeling worse off and lonelier upon signing out of the social networking service, reports The Hindu through Viral Global News.

So in case you’re addicted to Facebook, it’s probably time to pull yourself away from your virtual world and go out to meet some real people.