Reliance Jio is reportedly in talks with Qualcomm to launch laptops running Windows 10 and connected to the internet by a 4G SIM. It would be a huge step forward for the telecom operator, moving beyond the world of smartphones and 4G feature phones.

Laptops with support for a SIM card inside are a relatively new species in the PC market. Companies like Asus, Lenovo, and HP have only recently begun releasing these “Always Connected PCs” across the world. The devices are the result of a collaboration between Microsoft and Qualcomm, promising a blend of portability and connectivity beyond Wi-Fi hotspots and dongles.

Qualcomm has confirmed that it has been discussing these Windows 10-running cellular laptops with Reliance Jio. It seems the latter wants to bundle the notebooks with data and content. As for which firm will actually make these devices, the telecom brand is talking to Indian manufacturer Smartron. 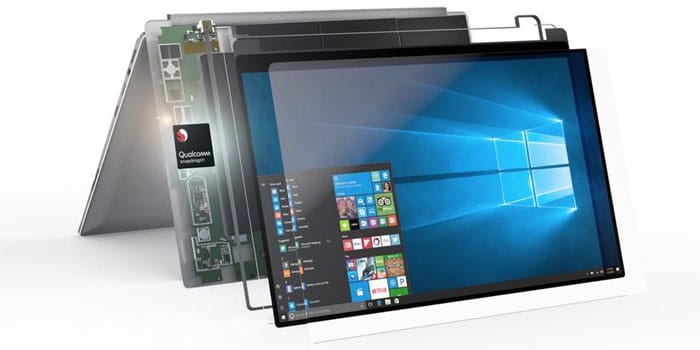 Smartron has also confirmed these discussions, leaving only Jio to verify its plans. The company hasn’t done so yet, so we’ll have to wait for an official launch in the coming weeks or months ahead. There’s not a lot of information about the laptop out yet.

ETTelecom reports that a Snapdragon 835 processor is being considered as the device’s main power source. Asus and HP have already unveiled notebooks running on the SoC, claiming that it offers 20 hours or more of battery life.

4G LTE-connected laptops may well become the next big thing in the Indian telecom sector. Users would not have to rely on Wi-Fi networks to stay connected, plus Jio typically provides a ton of data at low rates. It could be a winning combination and trigger others to follow suit.