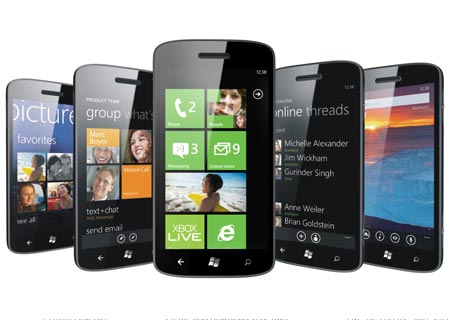 Microsoft recently unveiled the Windows Phone Mango operating system in India. The handsets listed to run on this mobile platform include the HTC Radar, Samsung Omnia W, and some Acer handsets as well.

This new 7.5 update to the operating system offers a smooth transitional user interface known as Metro, which will be adorned with features like Live Tiles and Hubs. Live Tiles is an enhanced version of the conventional application icons, which readily display vital information. Users can themselves create new Live Tiles according to their needs for applications, websites and music.

“We are incredibly excited about today’s unveiling of Windows Phone. With Windows Phone, we have looked at the consumer experience in an absolutely fresh way, and the end result is an operating system that is stylish, innovative, and one that seamlessly integrates the most sought after user experiences such as search, gaming, email and social networks across Bing, Office, Xbox Live, Facebook, Twitter and more,” commented Bhaskar Pramanik, Chairman, Microsoft India, on this occasion.

The HTC Radar is said to be the first smartphone in India carrying the Windows Phone Mango operating system. Further on, Nokia is also expected to join this family soon.