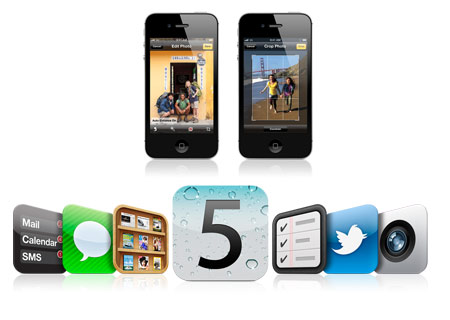 Apple has finally opened its gates for fans to enjoy the official version of its latest operating system, iOS 5. Loyalists have probably been waiting for this not just since it got announced last week alongside the iPhone 4S. Some have even been playing around with the beta version of this OS before now.

Some of the attractive new services included in this operating system cover iMessage, an enhanced photo app and camera features, Notification Center, and more. iMessage is a free service to enable direct messaging between all iOS 5 enabled devices. It supports text messages and is also made to share photos, videos, locations, and contacts.

The new feature in the camera enables users to click pictures directly from the lock screen by using the volume up button. Also, users can utilize grid lines, pinch-to-zoom gestures, single-tap focus and exposure locks to compose a picture on the fly. Images can be cropped, rotated, enhanced, and rectified for red-eye within the improved photo app.

iOS 5 can now be downloaded directly from the Apple App Store.