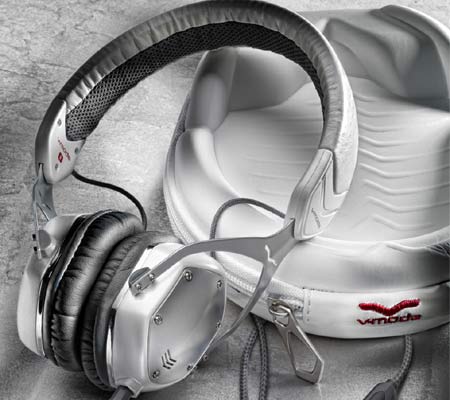 After having spared a thought for the shadow black V-Moda Crossfade M-80 pair of headphones, music enthusiasts now have its all new white pearl version to consider. The accessory has been tailored to provide decent acoustics while on the move.

The gear’s exterior has been topped off in white and silver metal hues to flaunt some rather futuristic styling and there’s the fact that a lot of handsets are being offered in the pristine hue. Apart from its external elements, the accessory accommodates 40mm dual-diaphragm drivers to reel out clarified audio. It employs Bliss noise cancellation technology aiming to deliver a clear music listening experience free of ambient noises.

“The M-80 has won over the audiophile community with hundreds of accolades, reviews and awards. Now we’re widening the appeal to fashionistas with an ‘ABCP’ philosophy, Anything But Circles and Plastic. Headphones have become an essential accessory like fine watches, shoes, and handbags and we feel you shouldn’t wear carbon-copy cheap plastic around your head. Additionally, we felt it was imperative to focus as much on the microphones as the sound so that you can have a conference call or command your voice apps while walking down the street. Our new SpeakEasy microphones are as superior as the M-80’s sound,” commented Val Kolton, founder of V-Moda. 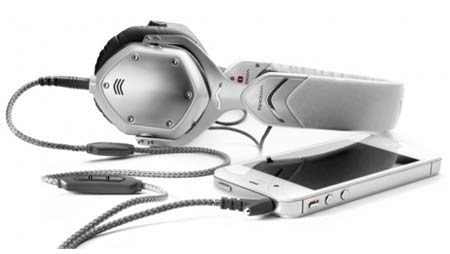 The fine-tuned V-Port V3 coupled with memory cushions is touted to generate three dimensional sounds with different flavors like bass, treble and highs played out properly. Additionally, the V-Moda Crossfade M-80 white pearl headset is packed in with a Steeflex headband and 2 detachable SpeakEasy cables that are toughened with Kevlar fiber. These microphones are optimized for use in noisy surroundings during calls and while accessing apps like Siri. This over-ear audio gear can be securely ported in the white exoskeleton hard cover that’s bundled into the package.

The V-Moda Crossfade M-80 white pearl price is marked at $230 and it is up for grabs on the official site, Amazon and select boutiques across the globe.