The Umeox X5 has been introduced through the Chinese company’s official website and the OEM takes pride in announcing that the device measures merely 5.6 millimeters in thickness. The extremely slim chassis of the phone goes on to make the Umeox contender, the thinnest device in this category.

The gadget that replaces the Huawei Ascend P6 as the slimmest smartphone hasn’t been made available as yet. It was spotted on the official website by the guys over at GSM Insider who have divulged a vague release date window for the phone. The handset is likely to make its debut in certain regions in Europe during summer and hopefully, it will drop anchors in various other markets as well. 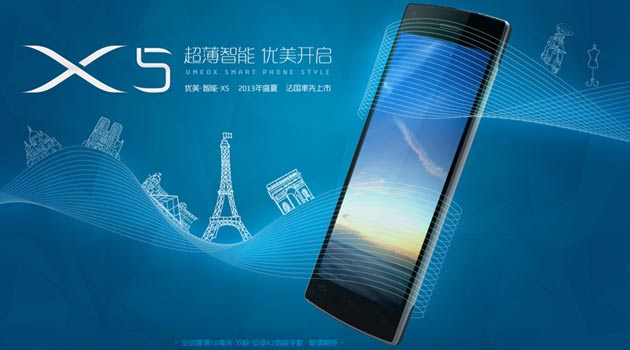 Although the Umeox X5 adopts a stylish and sleek form factor like its competitor from Huawei, the gadget refrains from bringing similar specifications. The responsibility of ensuring smooth transitions between applications and offering an intuitive interface has been assigned to the Android OS and users will appreciate the fact that it brings the latest version, that is, Jelly Bean 4.2.2 to the platter.

In spite of its thin exterior, the device manages to accommodate a huge screen on its front panel. It provides a multi-touch real estate of 5.3 inches and should be capable of delivering HD visuals. As for the internal working, the phone relies on a dual core processor to ensure multitasking at all times. 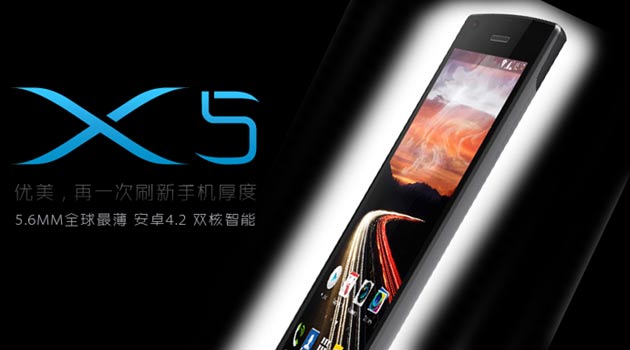 While high end smartphones have already made the transition to a 13MP lens, this handset continues to sport an 8MP one. We are expecting it to tag along all the common attributes like auto focus, LED flash, digital zoom and more, apart from the ability to capture high resolution videos. A 3MP webcam has also been thrown into the mix for facilitating web conferencing over the internet.

The exact price and shipping date of the Umeox X5 are not known, but it will make its debut in France during summer.

Key specifications of the phone: