A new Twitter feature has just been discovered, and it’s something fans of classic games will be really pleased to know about, since it allows you to embed your tweets with MS-DOS titles. Yes, your very own tweets can let your followers indulge in games like Prince of Persia, Aladdin, DuckTales, Street Fighter, Doom and Metal Gear, among others.

Twitter’s embedding function is a pretty clean way for users to share stuff like images, videos, vines and more. But the fact that you’re also able to utilize it for embedding MS-DOS titles was not known, until Chris Kohler from Wired published a tweet that let you play the 1987 classic, Leisure Suit Larry. 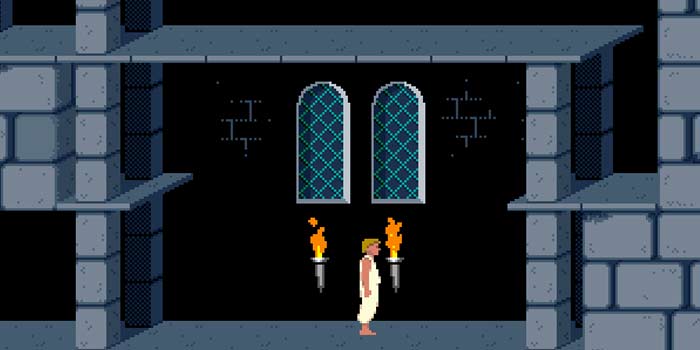 In order for them be inserted into your tweets, these games have to be from the Internet Archive’s vast library of classic titles. You can either click on a game and share its link in your tweet or just hit the ‘Share’ button and select the Twitter option to compose the required tweet.

Your followers now get to start playing the game after just a single click, and they don’t even have to exit Twitter for doing that. These games can even be embedded into WordPress powered websites, and in order to demonstrate that, we’ve pushed in one of our favorite titles in the space down below. Do have a go at this fine side-scrolling platformer from the days of the past.

This new feature of Twitter’s will surely amuse a lot of people who’ve grown up on these classic games. And it’s certainly a good way to propagate the awesomeness of these titles to the generations who haven’t experienced them.